Find traditional instrumental music
This is the stable version, checked on 12 March 2022.
Jump to: navigation, search

Back to Sir Sydney Smith's March

SIR SYDNEY SMITH'S MARCH. AKA – “Handel's Gavotte.” English, March (cut time). G Major. Standard tuning (fiddle). AABB. Composed by James Hook (composer) (1746-1827), an organist and composer originally from Norwich (see also his “Lass of Richmond Hill”). The march is associated with Northumberland musicians, and is often regarded as traditional. Hook was born in Maddermarket, Norwich, England, and had a club foot, as a result of which he was known as ‘The Cripple of Maddermarket’, but he showed prodigious talent at a very early age, writing his first ballad opera at age eight. He was appointed organist at the Vauxhall pleasure gardens, and later (in 1769) organist and composer at the Marylebone Gardens. His music was immensely popular, and he was much admired for his talent, generosity and jovial manner. Unfortunately later in life, after the death of his wife, he went into decline and became withdrawn and depressed, dying in Boulogne, France, in poverty. 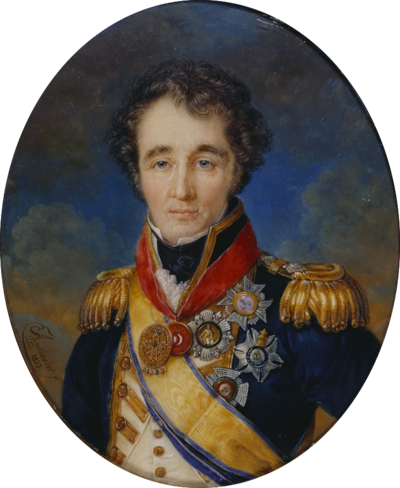 Sir William Sidney Smith (1764-1840) was a British admiral and naval hero during the Napoleonic Wars, especially remembered for his defence of Acre against Napoleon in 1799. Smith apparently liked to think of himself as a second (Horatio) Nelson, and in fact he was instrumental along with that more famous admiral in ending Bonaparte’s dreams of eastern conquest. It is unfortunate that while Nelson became a national hero of immense proportions, Smith remains all but forgotten. There was a rivalry between the two, as well as friendship, and Smith hoped to snatch Nelson’s laurels by destroying the combined French and Spanish fleets with newly invented rockets and torpedoes before Nelson fought the enemy decisively at sea off Cape Trafalgar in 1806.

Sir Sidney led a colorful life. An adventurer as was as strategist and naval expert, he had been imprisoned as a spy in Paris, with the threat of execution, until he made a daring escape. He was a diplomat with a flair for the theatrical, and returned to London from the Middle East wearing Arab robes, presaging Lawrence of Arabia a century later. It may be no surprise that Smith lived in Paris, the capital of his former enemy, for the last twenty-five years of his life.

The tune is also popular in southern English sessions, although Nick Barber (2002) cautions: "...the exact timing of the notes is everything. Don't let it become a test of speed."

Back to Sir Sydney Smith's March