Find traditional instrumental music
This is the stable version, checked on 20 October 2019.
Jump to: navigation, search

Back to Sirdar (The) 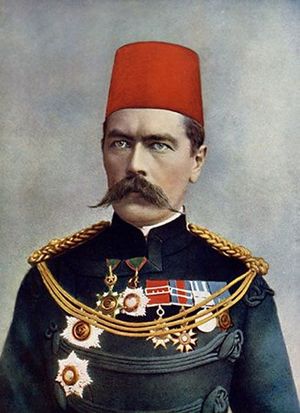 SIRDAR'S MARCH, THE. Scottish, Pipe Quickstep (whole time). A Mixolydian. Standard tuning (fiddle). AAB. Composed by J. Scott Skinner who originally published it in his Scottish Violinist (1900) then again in his Harp and Claymore Collection (1904). The title honors Field Marshal Horatio Herbert Kitchener, 1st Earl Kitchener [1] (1850-1916), hero of the battle of Ombdurman (1898) and victorious in numerous other African engagements. The title Sirdar, or Commander-in-Chief, was bestowed upon him by the Egyptian Army in 1892 (Egypt at the time was a puppet state of the British Empire).

Back to Sirdar (The)