Find traditional instrumental music
This is the stable version, checked on 2 December 2019.
Jump to: navigation, search

Back to Skidmore Guards (The)

SKIDMORE GUARDS, THE. American, March (6/8 time). D Major ('A' part) & A Major ('B' part): G Major ('A' part) & D Major ('B' part). Standard tuning (fiddle). AA'B. A "modern" piece, notes Bayard. The Skidmore Guards was a march and song by Broadway composer David Braham ("The American Offenbach") from a long-running series of routines staged by the famous variety act Harrigan and Hart, and was originally entitled “The Skids Are Out Today.” According to Brooks McNamara, in his book The New York Concert Saloon: The Devil’s Own Nights (2002, p. 50) the song was from their play The Mulligan Guard’s Chowder and, “with appropriate marching, was a great favorite in concert saloons of the (eighteen) seventies and eighties,” and was a hit with both audiences and critics. 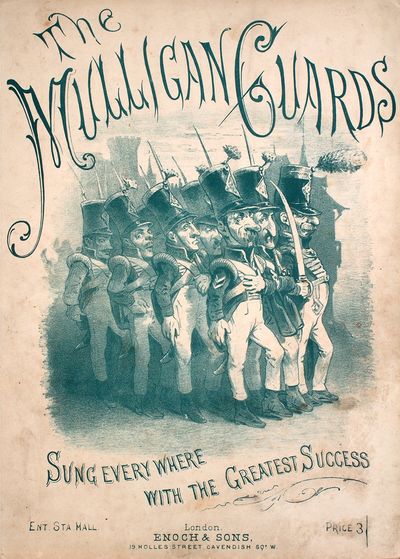 Back to Skidmore Guards (The)