Find traditional instrumental music
This is the stable version, checked on 1 April 2020.
Jump to: navigation, search 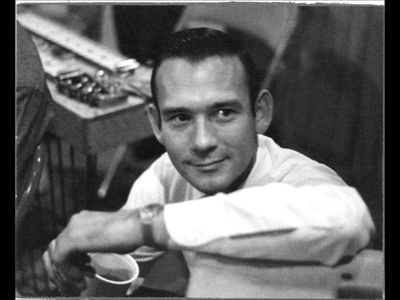 Tommy Jackson
SNOWSHOES [1]. American, Reel (cut time). D Major. Standard tuning (fiddle). AABB. "Snowshoes" was popularized by Nashville, Tennessee, session fiddler Tommy Jackson (musician) (1926-1979), who recorded it in 1962. Jackson played with many of the greatest country-and-western Nashville stars for forty years or more and was one of the most sought after session musicians of his era

This tune is sometimes called "Spotted Pony" because Pete McMahan's performance was mis-titled on the 1967 Voyager LP "More Fiddle Jam Sessions," which was an influential recording in West Coast old time music circles at the time. When the original field recording was made, Pete did not announce the name of the tune, but Vivian Williams, who edited the tape for producing the LP, heard someone say "Spotted Pony" and erroneously assumed that it was the name of the tune Pete played.