Find traditional instrumental music
This is the stable version, checked on 26 February 2021.
Jump to: navigation, search

Back to Spanheim (The) 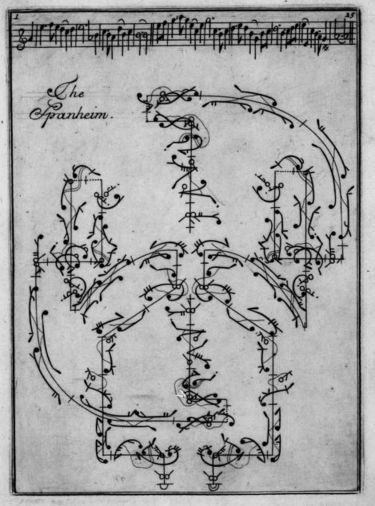 The tune was also printed in all four editions of the Second Volume of the Dancing Master, published between 1710 and 1728 by London music publisher John Young. Rival London music publisher John Walsh also included the tune and dance in his New Country Dancing Master, 2nd Book (1710) and The Second Book of the Compleat Country Dancing-Master (1719).

The medieval German noble family named Sponheim or Spanheim, who originated in Rhenish Franconia. A descendent, Ezekiel, Freiherr von Spanheim (1629-1710), was a relatively successful diplomat and one of the fathers of modern numismatology. Ezechiel was in service to Charles I Louis, Elector Palatine, and was his ambassador to England after 1679. That year he was elected a Fellow of the Royal Society. Later he was ambassador for Brandenburg at Paris, but returned to England as the first Prussian ambassador in 1702. He died in London in 1710 and was buried in Westminster Abbey.

Back to Spanheim (The)