Find traditional instrumental music
This is the stable version, checked on 11 October 2019.
Jump to: navigation, search

Back to Surrender of Seringapatam

SURRENDER OF SERINGAPATAM. English, Country Dance Tune & Jig (6/8 time). G Major. Standard tuning (fiddle). AABB. According to Wikipedia: "The Siege of Seringapatam (from April to May, 1799) was the final confrontation of the Fourth Anglo-Mysore War between the British East India Company and the Kingdom of Mysore. The British, with the allied Nizam of Hyderabad and Maratha, achieved a decisive victory after breaching the walls of the fortress at Seringapatam and storming the citadel. Tipu Sultan, Mysore's ruler, was killed in the action.[1] The British restored the Wodeyar dynasty to the throne after the victory, but retained indirect control of the kingdom. The leader of the British troops was Major General David Baird." 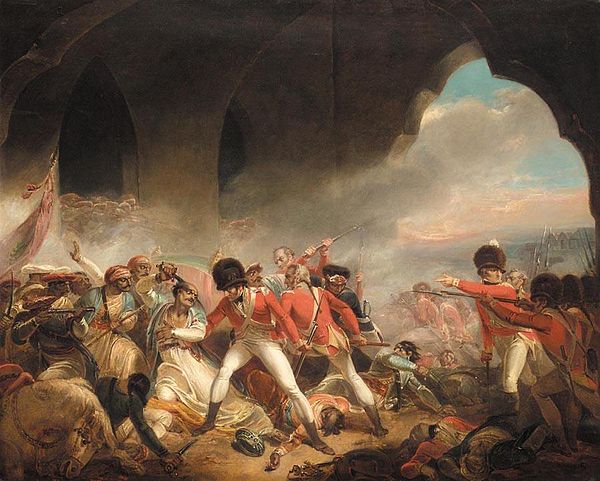 Back to Surrender of Seringapatam