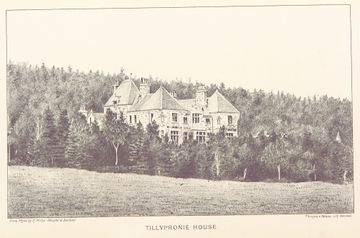 Tillypronie, Tarland, Aboyle, Aberdeenshire, is a late Victorian country house with extensive gardens and views over the Dee Valley. Located near the Royal Scottish residence of Balmoral, Queen Victoria herself laid the corner stone (hence the connection with William Ross, who was the Queen's Piper and was perhaps there for the occasion). Sir James Clark [1], physician to Queen Victoria, purchased the property in 1855, but it was his son, Sir John Clark, who constructed the present house in 1867. In addition to the cornerstone, the Queen planted a commemorative Abies magnifica on the grounds (lost in a gale in 1953). 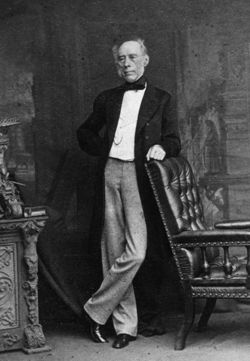 The royal doctor entertained the Queen many times at Tillpronie, at which times she was accompanied by her Highland servant, John Brown. Brown, due to his closeness with the royal personage, was considered to grand to eat with the household servants at Tillypronie, and so a wooden hut was built in the garden where he could take his meals in private.

The estate later came into the hands of the Anglo-American Astor family.