Find traditional instrumental music
This is the stable version, checked on 23 June 2021.
Jump to: navigation, search

Back to Terence's Farewell

TERENCE'S FAREWELL. AKA - "Terence's Farewell to Kathleen." AKA and see "Pretty Maid Milking the Cow (2)." Irish, Air (3/4 time). G Minor. Standard tuning (fiddle). One part. Boston music publisher Elias Howe printed the tune in his “Irish Airs” section of his Musician's Omnibus No. 3 (1865) with the name "Terence's Farewell," although the melody is a traditional air called "Pretty Maid Milking the Cow (2)". The title "Terence's Farewell" is from a song set to melody by Lady Dufferin (1807-67) called "Terence's Farewell to Kathleen." She was Helen Blackwood, Baroness Dufferin and Claneboye (née Sheridan, a granddaughter of playwright Richard Brinsley Sheridan), and songwriter, composer, poet, and author. Helen was raised primarily in London and South Africa. In 1825, at age 18 and "abundantly beautiful and clever," she married Captain William Blackwood (1826-1902), although she was not a good match financially, and her first marriage was for some time opposed by his parents. The couple spent their first two years together in Italy, where their son (destined to be the first Viceroy of India) was born. On return, and now having won over her in-laws, she passed easily into the very highest echelons of London society. Captain Blackwood succeeded to the Clandeboye Estate in County Down in 1839. Two years later he died of an accidental morphine overdose. 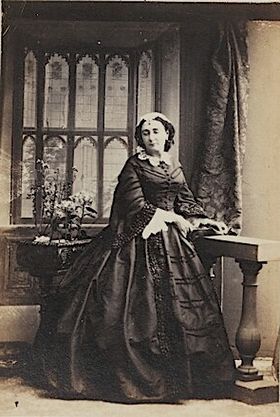 "Terence's Farewell to Kathleen" begins: : Oh my Kathleen you're going to leave me,
All alone by myself in this place;
But I'm sure that you'll never deceive me,
Oh no if there's love in that face.
Though England's a beautiful country,
Full of elegant boys and what then;
You'll never forget your poor Terence,
You'll come back to old Ireland again.


Lady Dufferin's works were published by her son Fredrick in Songs, Poems, & Verses by Helen, Lady Dufferin with a memoir in 1894, which also included her songs "Lament of the Irish Emigrant" and "The Bay of Dublin".

Back to Terence's Farewell