Find traditional instrumental music
This is the stable version, checked on 23 March 2022.
Jump to: navigation, search

Back to Three Case Knives 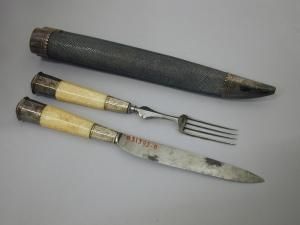 See also the related “Forks and Knives” and “Jack's Gone a-Shearing.” See note for "Knives and Forks" for explanation of the "Case Knives" title.

Back to Three Case Knives