Three in One Two-Step

Find traditional instrumental music
This is the stable version, checked on 18 July 2022.
Jump to: navigation, search

Back to Three in One Two-Step 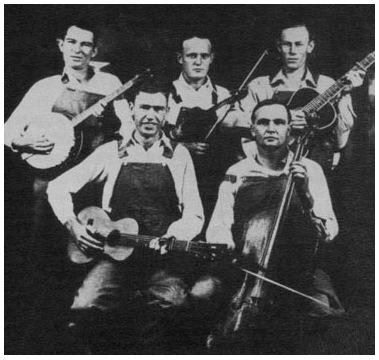 The East Texas Serenaders
THREE IN ONE TWO-STEP American, Country Rag or Two-Step (cut time). USA, Texas. F Major. Standard tuning (fiddle). AA'BB'CC' (Brody): AA'BC(x3)AA'DE (Phillips). A medley of three tunes, including the "The Entertainer," "Dill Pickle Rag" and "I Don't Love Nobody," recorded by the East Texas Serenaders in October, 1929, for Brunswick Records, who released the side in 1930. San advertisement in the Sept. 5, 1908, issue of the periodical Forest and Stream proclaims:

A hardware trade publication on 1908 thought it newsworthy to mention the distribution of the piano two-step by the oil company:

This is apparently quite a novel idea, for while its real intent and purpose are concealed, on the back of the sheet there is a printed short invitation to try Three-in-One oil on the piano...A small booklet, "Words of Wisdom" is also being distribute by the company.

The oil company two-step was copyrighted in 1908 by Kenneth S. Clark. It may not be the same tune as the East Texas Serenaders piece, which may simply have been named for the condensation of three ragtime pieces in the tune, however, the name may have been in circulation and applied by the Serenaders to their own amalgam.

Back to Three in One Two-Step