Trip to the Nore

Back to Trip to the Nore 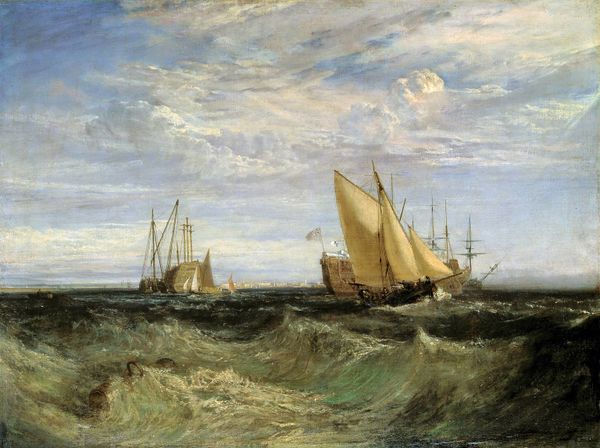 The Confluence of the Thames and the Medway exhibited 1808 Joseph Mallord William Turner 1775-1851 Accepted by HM Government in lieu of tax and allocated to the Tate Gallery 1984. In situ at Petworth House http://www.tate.org.uk/art/work/T03874
TRIP TO THE NORE. English, Country Dance Tune (2/4 time). D Major. Standard tuning (fiddle). AABB. The Nore is a long bank of sand and silt running along the south-centre of the final narrowing of the Thames Estuary, England. It is a hazard to shipping, so in 1732 the world's first lightship was moored over it in a successful experiment by Robert Hamblin, who patented the idea, and soon lightships were stationed at various points as a warning. The Nore has been the site of a Royal Navy anchorage since the age of sail, being adjacent to both the city and port of London and to the Medway, England's principal naval base and dockyard on the North Sea, and (some fifteen years after Skillern published his country dance) was the scene of a notorious mutiny.

Back to Trip to the Nore