Find traditional instrumental music
This is the stable version, checked on 10 June 2019.
Jump to: navigation, search

Back to Vendome Hornpipe

VENDOME HORNPIPE. AKA and see “Independent Hornpipe (The).” American, Hornpipe. F Major. Standard tuning (fiddle). AABB. "Can be used as a Clog" (Cole). The title perhaps refers to Boston’s Vendome Hotel (160 Commonwealth Ave.), as so many of the titles in Ryan’s Mammoth Collection have Boston-area associations. It has been a popular name for hotels, however, in imitation of the famous Place Vendome, a Paris square with residences for the wealthy along the sides, and its luxurious Hôtel de Vendôme. The first section of the Boston hotel was built in 1871, with a second section by architect J. F. Ober completed in 1882, at which time an independent plant designed by Thomas Edison was installed to give Boston it’s first electrically-lit commercial building.. 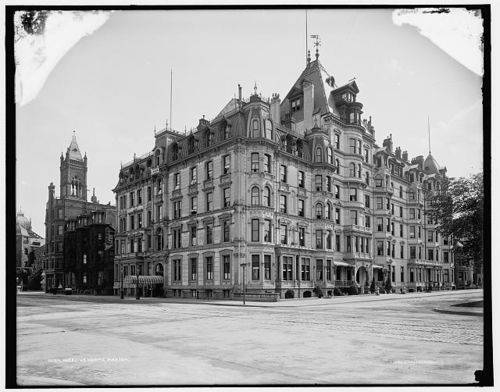 Back to Vendome Hornpipe