Back to Vocal Shell (The)[edit]

VOCAL SHELL, THE. AKA - "Once more I'll tune the vocal shell," "Lovely Peggy." Scottish, Air (whole time). G Major. Standard tuning (fiddle). AABBCCDD. "Once more I'll tune the vocal shell" is a song attributed to actor, producer and entrepreneur David Garrick (1717–1779), supposedly in honor of actress Margaret Woffington. It has also been attributed (by Ritson, for one) with more evidence to fellow admirer Sir Charles Hanbury Williams; Knight of the Bath. 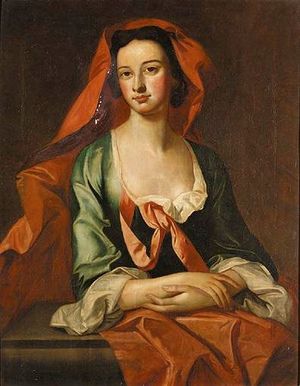 Once more I'll tune the vocal shell,
To hills and dales my passion tell;
A flame which time can never quell,
That burns for lovely Peggy.
Yet greater bards the lyre should hit;
For say what subject is more fit,
Than to record the sacred wit,
And bloom of lovely Peggy.


Joseph Fitzgerald Molloy, in his Life and Adventures of Peg Woffington (1897), records this annecdote:

As was natural, Garrick entertained a dread of his verse-making, witty rival [i.e. Williams], and entreated Peg Woffington not to see or listen to him. One evening when David visited her, he asked her how long it was since she had seen Sir Charles.
"Not for and age," says she, with a humorous smile on her charming face.
"Nay," said Garrick, gravely, "I know you have seen him this morning."
"Well," replied she, her beautiful lips pouting like a child's, "I count time by your absence; I have not seen you since morning, and is it not an age since then?"

Back to Vocal Shell (The)[edit]