Find traditional instrumental music
This is the stable version, checked on 10 June 2019.
Jump to: navigation, search

Back to Wade Hampton's Hornpipe 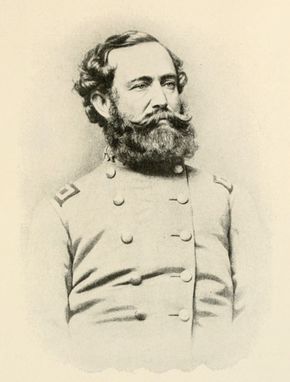 Major General Wade Hampton during the Civil War.
WADE HAMPTON'S HORNPIPE. AKA – "Hampton's Hornpipe." American, Hornpipe. B Flat major. Standard tuning (fiddle). AABB. The composition is attributed to Frank Livingston in Ryan’s Mammoth Collection (1883), whose name is attached to several tunes in the collection—most having titles associated with the South or the Confederacy. The title honors Wade Hampton, born in Charleston on March 28, 1818, into one of the richest families of the antebellum South. They owned and operated plantations not only in South Carolina but Mississippi as well. Hampton, who was married twice, had five children by his first wife, and when she died he wed again and had four more children. He was a politician before the war, rising to become a state senator in the years just prior to the hostilities. When war broke out he resigned and accepted a Colonel’s commission in the Confederate army. Hampton proved to be an able soldier and received several promotions. He replaced Jeb Stuart as Lee's cavalry commander after the latter was slain, and was only the second cavalryman to rise to the rank of Lieutenant General (in 1865). After the war Hampton re-entered politics and in 1876 narrowly defeated Daniel Chamberlain by 1,134 votes. Chamberlain protested the results and took the oath of office, but the South Carolina Supreme Court ruled in favor of Hampton (although Hampton was barred from the Statehouse by federal troops until April 10, 1877. He was re-elected in 1878 as Governor but resigned to become a United States Senator and served two terms. He died in 1902. The melody was printed in the latter 1800's by Scottish publishers James S. Kerr and Thomas Craig, in their separate publications and was introduced into hornpipe repertory in lowland Scotland and Northumberland. 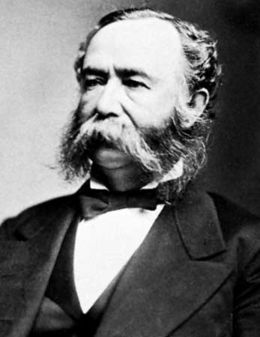 Back to Wade Hampton's Hornpipe