Wae’s Me for Prince Charlie

Find traditional instrumental music
This is the stable version, checked on 26 July 2021.
Jump to: navigation, search

Back to Wae’s Me for Prince Charlie

WAE'S ME FOR PRINCE CHARLIE. AKA and see "Wee Bird Cam' to Our Ha' Door (A)," "Lady Cassilis' Lilt/Lady Callilies Lilt." Scottish, Air (4/4 time). A Major. Standard tuning (fiddle). AA. “Wae’s Me for Prince Charlie” is a version of "Lady Cassilis' Lilt" and "Johnnie Faa," with lyrics by William Glen (1789-1826). Taylor (1924) says the melody is “an early eighteenth-century version of a rather less organized tune, ‘Lady Cassilis’ Lilt’, that is found in the Skene MS. (c. 1615-20) of some hundred years earlier date—a collection of songs and dances (written in lute tablature) that is the oldest extent trustworthy authority for Scottish music, though it contains English tunes as well.” "Wae's Me" was included by special request of Queen Victoria in the program of a concert arranged in her honor during her 1842 visit to Taymouth Castle; the singer was John Wilson, a famous interpreter of Scots songs of the time. Her selection was politically reparative, for Glen's lyrics relate the Jacobites' sorrow at the plight of Prince Charles Edward Stuart who became a fugitive from the English after being soundly defeated at the battle of Culloden one hundred years before. 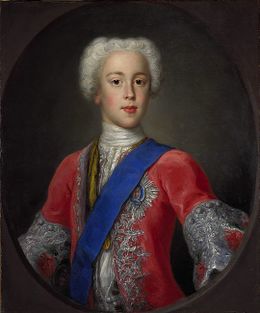 A wee bird cam' to our ha door
He warbled sweet and clearly,
An' aye the o'ercome o' his sang
Was "Wae's me for Prince Charlie".
On hills that are by right his ain
He roams a lonely stranger
On ilka hand he's press'd by want,
On ilka side by danger;
Yestreen I met him in a glen,
My heart maist burstit fairly;
For sairly changed indeed was he—
Oh! Wae's me for Prince Charlie.

Back to Wae’s Me for Prince Charlie