Find traditional instrumental music
This is the stable version, checked on 7 August 2020.
Jump to: navigation, search

Back to Wagon Tire Tightener

WAGON TIRE TIGHTENER.American, Reel (cut time). G Major. Standard tuning (fiddle). ABB. The tune was recorded by fiddler Burton Stoneman in 1941 by Alan Lomax (1915-2002), Joseph Liss and Jerome Wiesner in Galax, Virginia. Burton was a member of the extended musical Stoneman family, born February 25, 1881 (his father was Drake Stoneman). Interviewed by the Lomaxes, he is recorded as remembering: 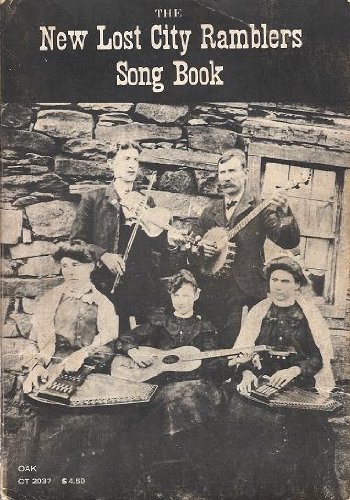 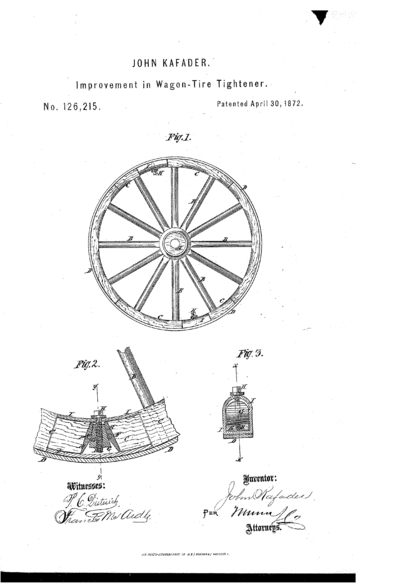 An 1872 patent for a wagon tire tightener.

We'd go to places, gatherin's, have a good time, all play music, people'd all go home,

everybody'd be satisfied, friendly....I recollect you'd go to a party, and they'd bring it (whiskey) in a bucket with a dipper in it, set it on a table. People'd come in with their music--banjo and fiddle--that was mostly all they ad in that day and time. I never seen a guitar till I was up about twelve years old, I reckon. Just a fiddle and banjo was all we had and you could take a drink of whiskey. A man could go and tend business and you never did see nobody drunk. Nobody was drunk at all. And when te thing was all over with, they'd dance, everybody'd go peaceable...go home; never have no disturbance at all in them days wenn I was a small boy.

See Ivan M. Tribe's book The Stonemans: An Appalachian Family and the Music that Shaped Their Lives ().

There are several patents issued for differnt schemes for tightening the rims of wagon wheels ('wagon tire tightener'), dating to the second half of the 19th century.


Back to Wagon Tire Tightener