Find traditional instrumental music
This is the stable version, checked on 23 April 2020.
Jump to: navigation, search

Back to Waldorf Reel

WALDORF REEL. AKA - "Waldorf's Reel." American, Reel (cut time). G Major. Standard tuning (fiddle). AB. The tune is sourced to Guthrie "Gus" Meade and is said to be named after Waldorf, Maryland. It is thought that Meade recorded the tune and named it, although he did not compose it. The UNC Southern Folklife Collection records that Meade had an abiding interest in the tradtional music of Kentucky and spent his summers recording and interviewing Kentucky fiddlers; many of his reel-to-reel tapes are stored in the Library of Congress. "In 1956, Meade began an annotated discography of early traditional country music. The discography includes some 14,500 recordings of 3,500 songs organized into four categories: ballads, religious songs, instrumentals, and novelty songs. He worked on this discography until his death in 1991." 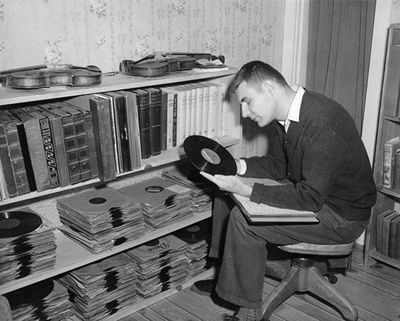 Back to Waldorf Reel