Water Parted from the Sea

Back to Water Parted from the Sea[edit]

WATER PARTED FROM THE SEA. English, Minuet & Air (3/4 time). England, Northumberland. G Major. Standard tuning (fiddle). AB. The title appears in Henry Robson's list of popular Northumbrian song and dance tunes ("The Northern Minstrel's Budget"), which he published c. 1800. The minuet-song was sung by Mr. Braham in Thomas Arne's three-act opera Artaxerxes [1] (1762), the most popular air in the work. It was also sung by the popular castrata (Giusto Ferdinanao) Tenducci when Artaxerxes played in Dublin's Smock Alley Theatre on Feb. 18, 1765. O'Keeffe said the his rendition created a furor. 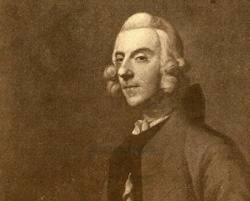 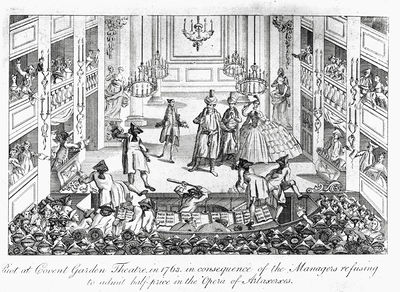 Riots at London's Royal Opera House, Covent Garden, during a 1763 performance of Thomas Arne's Artaxerxes after a decision to abolish half price admission fees after the interval.

Back to Water Parted from the Sea[edit]