Find traditional instrumental music
This is the stable version, checked on 15 November 2020.
Jump to: navigation, search 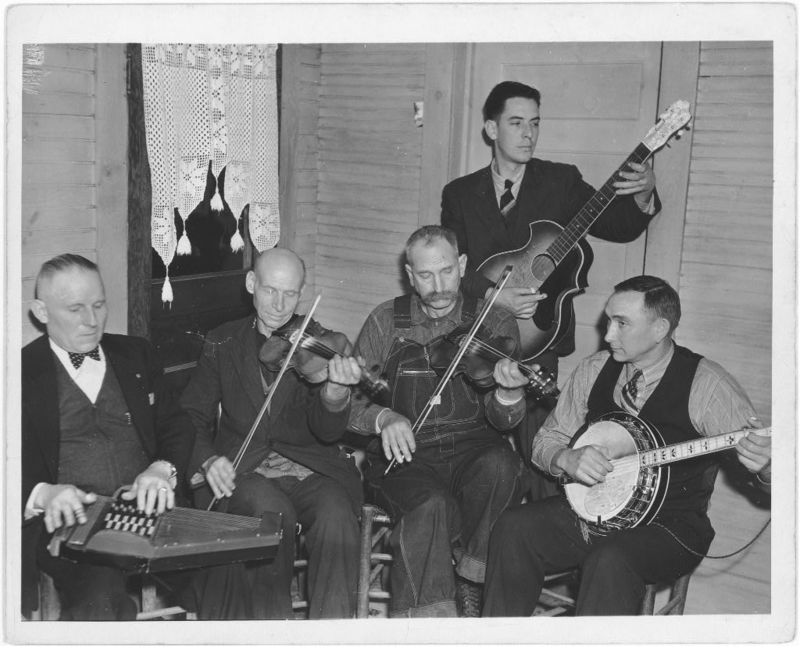 Chickens crowin' in the old plowed field, (x3)
Down in North Carolina.

The water's up and I can't get across, (x3)
I'll ride the old white horse.

Waterbound and I can't go home, (x3)
Down in North Carolina.

The song is sometime erroneously attributed to singer and banjo player Roscoe Holcomb (1912-1981), of Daisy, Kentucky, from confusion based on the dual artist 1962 Folkways album (one on each side). However, Holcomb recorded a song called "Boat's up the River" that is occasionally referred to as "Waterbound" from the prominent line:

The boat's up the river and it won't come down
Then I believe to my soul Lord that I'm waterbound.

These lines, if not the song itself, were in oral tradition in the early 20th century. A 1915 version[1] sung on Tennessee River boats also contained the same line:

The boat's up the river and she won't come down, I believe to my soul she must be water bound.