Watermelon on the Vine

Back to Watermelon on the Vine[edit]

WATERMELON (HANGING) ON THE VINE. Old Time, Song (whole time). USA, Georgia. “Watermelon on the Vine” is a well-known late-era minstrel song, popular with early country music performers. The song was written by Thomas P. Westendorf as "The Watermelon Smiling on the Vine," copyrighted in 1882. Georgia’s Skillet Lickers group and Tennessee entertainer Uncle Dave Macon both recorded the song in the mid-1920’s; the former’s became a best-seller. The Skillet Lickers (in the configuration of Gid Tanner and Clayton McMichen on fiddles, Riley Pucket on guitar and vocals, and Fate Norris on banjo) recorded the song in Atlanta on April 17th, 1926, one of eight sides for Columbia records. Wayne W. Daniel (in his book Pickin’ on Peachtree: A History of Country Music in Atlanta, Georgia, 1990) opines: “The output from this historic recording session makes for a rather unimpressive list of what even there were long-familiar tunes and songs: “Hand Me Down My Walking Cane,” “Bully of the Town,” “Pass around the Bottle and We’ll All Take a Drink,” “Alabama Jubilee,” “Watermelon on the Vine,” “Don’t You Hear Jerusalem Moan,” “Ya Gotta Quit Kickin’ My Dog Aroun’,” and “Turkey in the Straw.”” African-American collector Thomas Talley, in his book Negro Folk Rhymes (1922), prints a stanza under the title “Watermelon Preferred”:

Dat hambone an’ chicken are sweet.
Dat ‘possum meat are sholy fine.
But give me,--now don’t you cheat!—
(Oh, I jes wish you would give me!)
Dat watermillon, smilin’ on de vine.

See that watermelon a'hanging on the fence.
How I wish that melon was mine;
Some folks are foolish they just don't have no sense,
Or they wouldn't leave that melon on the vine.

Hambone it is sweet chicken it is good,
Rabbit is so very very fine;
But give me oh give me oh how I wish you would,
That watermelon hanging on the vine.

You may talk about your peaches your apples and your pears,
Simmons growing on the tree;
Folks have their favorites just most every where,
But that watermelon is the best for me.

I went to get that melon I thought I'd have some fun,
The stars they had just begun to shine;
But when I heard some moving I left there on the run,
But I didn't leave that melon on the vine. 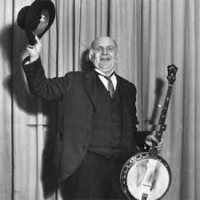 Back to Watermelon on the Vine[edit]