Wayne Perry's Waltz in 'A'

Find traditional instrumental music
This is the stable version, checked on 14 June 2020.
Jump to: navigation, search

Back to Wayne Perry's Waltz in 'A' 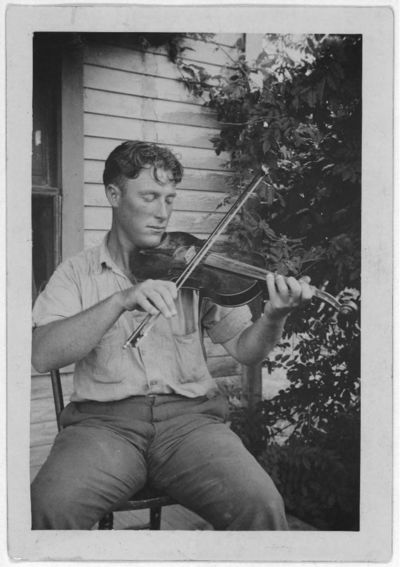 WAYNE PERRY'S WALTZ IN 'A'. American, Waltz (3/4 time). A Major. AEae tuning (fiddle). AA'BB'CC'D. Jody Stecher explains that this Cajun-sounding waltz was played by Wayne Perry on a 1935 Library of Congress recording that is labelled "Cajun Waltz. An old-time Creole Blues." According to Stecher, some of Perry's recordings seem to have been mislabelled, as the "Ceole Blues" tune more accurately describes another of Perry's recordings that has the misfit title "Cajun Two-Step" [1]. It is not known if Perry was of Cajun extraction, but he played a wide range of tunes, including breakdowns such as "Sally Goodin" and "Cackling Hen," and French influenced tunes such as waltzes, mazurkas and blues.


Back to Wayne Perry's Waltz in 'A'