WE MET. English, Air and Waltz (3/4 time). C Major. Standard tuning (fiddle). ABCD. The air is from a song [1] written by Thomas Haynes Bayly [2] (1797-1839), from his collection Songs of the Boudoir. The music was "selected" by Bayly and arranged by T.H. Severn and published in the late 1820's. Bayly was a lawyer's son from Bath, England, who had entertained briefly a career at the bar or as a churchman. He found a calling as a poet and entertainer in the 1820's, where he performed in the fashionable drawing rooms of Bath. Later he tried his hand at writing for the stage in London, but was beset by financial misfortunes with investments in coal mines and with an agent who defrauded him of his wife's property in Ireland. Bayly fled to Paris for several years, but returned to England where he continued to write. He died in Cheltenham where he had gone to take the spa water for his health. 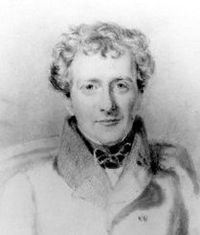 Bayly's lyric for "We Met" begins:

We met--'twas in a crowd--and I though he would shun me;
He came--I could no breathe, for his eye was upon me;
He spoke--his words were cold, and his smile was unalter'd;
I knew how much he felt, for his deep-toned voice falter'd.
I wore my bridal robe, and I rivall'd its whiteness.
Bright gems were in my hair, how I hated their brightness;
He called me by my name, as the bride of another--
Oh, thou has been the cause of this anguish, my mother! 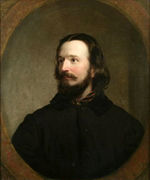 Source for notated version: From the music manuscripts of Setauket, Long Island, painter and fiddler William Sidney Mount [3], on a page dated 1840.