Back to Welcome from Vigo[edit]

WELCOME FROM VIGO. Scottish, Air (6/8 time). G Major. Standard tuning (fiddle). AABB. The song was written by Thomas D'Urfey and was printed in his Wit and Mirth; or, Pills to Purge Melancholy (1719), where it is titled "A Scotch Song, Sung by Mr. Leveridge," referencing the famous stage singer and performer of the early 18th century. Allan Ramsay also published the song in The Tea-Table Miscellany (1723–37, Song 28). The lyric celebrated the Anglo-Dutch capture of the Spanish silver fleet in Vigo Bay in September, 1702, although the campaign failed in its primary goal of taking the port city of Cadiz. Queen Anne declared a public thanksgiving in November, which became the occasion of patriotic songs and poetry. The "Welcome from Vigo" title comes from the first line of the third and last stanza, which goes: 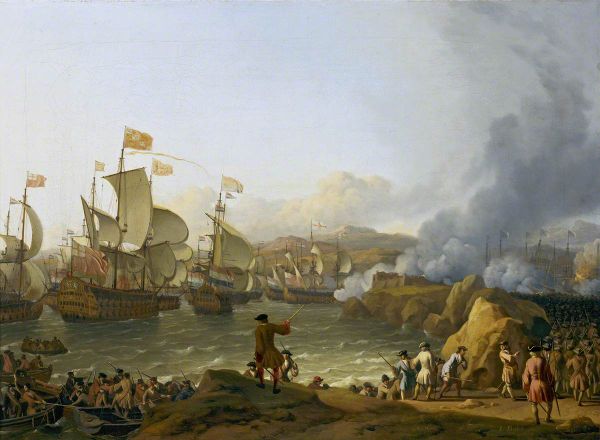 Then welcome from Vigo,
And Cudgeling Don Diego,
With bouger Rascallion,
And Plund'ring the Galleoons;
Each brisk Valiant fellow,
Fought at Rondondellow,
And those who did meet,
With the Newfound-Land Fleet;
Then for late Successes,
Which Europe Confesses,
At Land by our galliant Commanders;
The Dutch in strong Beer,
Shou'd be Drunk for one Year,
With their General's Health, in Flanders.

Back to Welcome from Vigo[edit]