Back to West Virginia Polka

WEST VIRGINIA POLKA. American, Song Air & Polka (cut time). C Major. Standard tuning (fiddle). AA'BB'. The tune was in the repertoire of Effingham, central-south Illinois, fiddler Harvey "Pappy" Taylor (1894-1987). It was derived from a song by the country music duet team of Wilma Lee and Stoney Cooper (recorded on 78 RPM and released in September, 1951), who, with their band the Clinch Mountain Clan, were stars on WWVA's Wheeling Jambouree from 1947 to 1958. It was, however, a composition by the Louvin Brothers, Ira and Charlie, who wrote the song for Lee and Cooper which became their theme song. 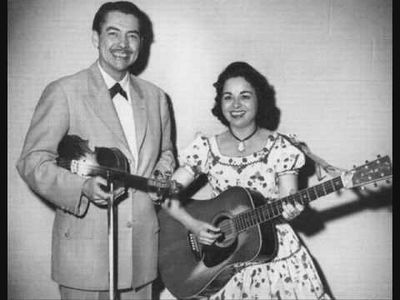 Back to West Virginia Polka