Back to White Star Reel[edit]

WHITE STAR REEL. American, Reel. G Major. Standard tuning (fiddle). AABB. Al Smitley suggests the tune may possibly have been named for the clipper ship White Star, a name that appears in American Clipper Ships 1833-1858 by Howe and Matthews. Much more likely, however, is that the melody was named for the White Star Line, a steamship company launched in 1870, officially called the Oceanic Steam Navigation Company. The Titanic was a White Star ship, as were many other ships whose names ended with “ic” (Celtic and Adriatic). They were known for their comfortable, often luxurious accommodations, and, though this compromised speed, the ships were the favourites of the leisured classes. 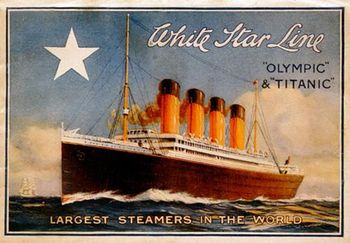 Back to White Star Reel[edit]