Back to Wilkes Release[edit]

WILKES RELEASE. AKA - “Quick March 48th Regiment.” English, March (2/4 time). D Major. Standard tuning (fiddle). AABB. The title may refer to John Wilkes (1725-1797) a radical politician in Georgian England who made a career of defying the king and parliament. Wilkes was an MP when, in 1763, he angered the king with a critical article with the result that he was prosecuted for libel. Due to his status, however, the court ruled he could not be prosecuted and the charges were dropped, and Wilkes left the court as a champion for liberty. His fortunes turned later that year, however, when he was provoked into a duel with a supporter of the king, and was shot and wounded. A week later Parliament voted that a members privilege from arrest did not extend to the writing and publishing of seditious libels, and Wilkes was forced to flee to Paris. 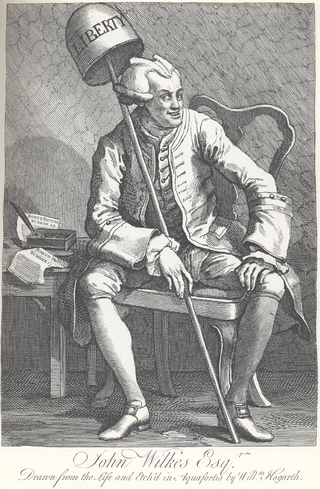 After five years in exile Wilkes returned to England, and again entered politics, managing to get himself elected and once again arrested. On May 10th, 1768, a crowd of some 15,000 arrived outside the prison and rallied in support of him, until crown troops opened fire, killing seven people in what was known as the Massacre of St. George’s Fields. Wilkes was sentenced to 22 months imprisonment and a fine for libel. Support only grew for him, however, and upon his release he was once again elected to the House of Commons, and after that he became the Lord Mayor of London. Although he grew less radical over the years, Wilkes is remembered for his stands for parliamentary reform, as an opponent of the harsh criminal code, as a critic of the British policy toward America during the Revolutionary period, and for his campaign for religious tolerance.

Back to Wilkes Release[edit]