WILLIE GALBREATH. Scottish, Strathspey. G Major. Standard tuning (fiddle). AABBCCDD. Willie Galbreath was a Scottish fiddler whose name appears in a song called "Kebbuckston Wedding (The)" or "Kebuckstane Wedding (The)" by poet Robert Tannahill (1774-1810), the "Weaver Poet" from Paisley, Renfrewshire. His song ("Written to an ancient Highland air") tells of an actual wedding that took place at 'Kebbuckston Brae', really Kibbleston Farm, Kilbarchan, near Paisley, and mentions real people. Fiddler Galbreath is mentioned in stanzas five and six of the poem: 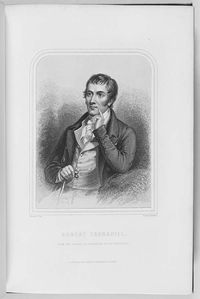 Jamie and Johnnie maun ride the bruse,
For few like them can sit in the saddle;
And Willie Ga'breath, the best o' bows,²
Is trysted to jig in the barn with his fiddle:
With whisking and flisking,
And reeling and wheeling,
The young anes a' like to loup out of the body;
And Neilie MacNairn,
Though sair forfairn,
He vows that he'll wallop twa sets with the howdie.

Sawney MacNab, wi' his tartan trews,
Has becht to come down in the midst of the caper,
And gi'e us three wallops of merry shantrews,
With the true Highland Ring of Macrimmon the piper:
Sic hipping and skipping,
And springing and flinging,
I'se wad that there's nane in the Lawlands can waff it!
Faith! Willie maun fiddle,
And jirgum and diddle,
And screed till the sweat fa's in beads frae his haffet.

Galbreath is mentioned in David Semple's The Poems and Songs and Correspondence of Robert Tannahill [1] (1876, p. 272) in a note from Phillip Ramsay:

William Galbreath, whose services as a violin player were put in requisition on festive occasions all the country round. He lived during the greater part of his days in Kilbarchan, where he, after an interval of two centuries, worthily filled the situation of its renowned piper, Habbie Simpson. William had a buirdly personal figure; but unhappily, was blind from infancy. Tannahill listened with great pleasure to his strains; and [R.A.] Smith had a good opinion of his abilities, and named a tune after him. Latterly, he resided in Johnstone, where he died on 13th May, 1835, aged 63.

Katherine Campbell (The Fiddle in Scottish Culture, 2007, p. 22), whose researches are reported on above, finds the strathspey that bears his name in a flute manuscript from the National Library of Scotland (MS 21733), and is of the opinion that "it is very likely to be the tune composed by R.A. Smith."