Back to Wooburn Abbey

WOOBURN ABBEY. English, Country Dance Tune and Jig (6/8 time). B Flat Major. Standard tuning (fiddle). AABB. The tune first appears in Bride's Favourite Collection of 200 Country Dances (Part IV, p. 93), printed in London in 1776 by the music publishing company of Longman, Lukey and Broderip. It also is contained in Samuel, Ann and Peter Thompson's Compleat Collection of 200 Favorite Country Dances, vol. 5 (London, 1788). Woburn Abbey has been, since 1547, the family seat of the Duke of Bedford, in Woburn, Bedfordshire, England. Formerly it was a Cistercian Abbey, but was expropriated by Henry VIII and given to John Russell, 1st Earl of Bedford. It was rebuilt in 1744 for the 4th Duke. 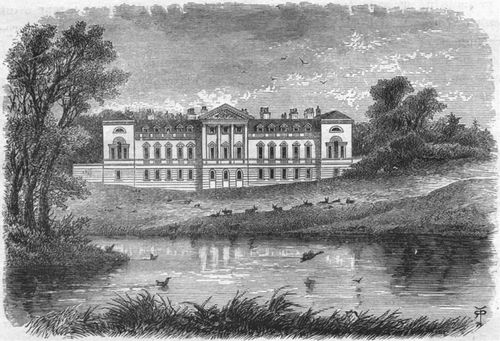 Back to Wooburn Abbey