You Gentlemen of England

Back to You Gentlemen of England[edit]

YOU GENTLEMEN OF ENGLAND. AKA and see "When the Stormy Winds do Blow." English, Irish; Slow Air (4/4 time). F Major. Standard tuning (fiddle). One part. "When an English or a Scotch song caught the popular taste in Ireland, it was quite usual to sing the words to an Irish air when the proper air was not known. Many an English and Scotch song I learned in that way in my early days especially those of Burns and of some I give the Irish airs in this book. The proper English air of this song is given in Chappell's Popular Music of the Olden Time, p. 293: I give the Irish air to which we sang it.

You gentlemen of England that live at home at ease,
How little do you think upon the dangers of the seas;
Give ear unto the mariners, and they will plainly show
All the cares and the fears when the stormy winds do blow. ... (Joyce). 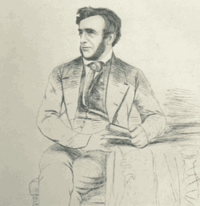 Back to You Gentlemen of England[edit]