YOUNG ROSCIUS'S STRATHSPEY. Scottish, Strathspey. The melody was published by Johann Georg Christoph Schetky (1776-1831) in America. His father was an expatriate Austro Hungarian, Christoff Schetky, as was his uncle Joseph Reinagle, who both became well known in Scottish musical circles and who composed in the Scottish idiom. Both young Schetky and his cousin, also named Joseph Reinagle, emigrated to America in the late 18th century and settled in Philadelphia, Pa. "Young Roscius's Strathspey" was published in the city by G.E. Blake in 1823. 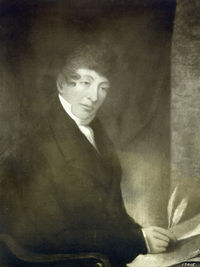