Find traditional instrumental music
This is the stable version, checked on 7 February 2020.
Jump to: navigation, search

One of the most significant collections of Irish traditional music was compiled by Stephen Grier (c.1824-1894) of Newpark, Bohey, Gortletteragh, Co. Leitrim during the early 1880s. During the latter half of the twentieth century, Grier’s music came to national attention through the renowned collector Breandán Breathnach (1913-1985). Breathnach discovered previously unpublished repertoire in Grier’s collection and subsequently included from it sixty-four tunes in Ceol Rince na hÉireann 4 (Dublin, 1996). Jackie Small, the editor of that volume, stated in his introduction that: “His name [Grier] must surely merit a place among the most important collectors of Irish music” . Despite Small’s recognition of Grier’s accomplishment there is scant documentation about either his background or of the manuscript itself. While it’s known that he moved to County Leitrim when he married Rose McGivney in 1852, he was born and raised elsewhere . Given that his wife came from Ballybrien, Granard, Co. Longford, it’s likely that he also originated from somewhere within or close to this region in north Longford. An examination of the Griffiths Valuation land records from the 1850s indicates that Grier more than likely originated from one of the following parishes: Granard, Abbeylara or Clonbroney, given the high concentration of his surname in those areas.

In all, Grier transcribed over a thousand tunes approximately into a series of manuscripts, most of which he categorised by rhythm. None of the tunes thus far examined in his collection have been traced back to published sources and many contain similar versions in other regional collections, all of which suggests that the repertoire of Grier’s manuscripts was collected from local musicians. Despite the scale of his achievement, Grier’s name is absence in a survey of documentation relating to musicians from this region. Although many commentators have speculated that he played the fiddle or pipes, there is no evidence in the collection to support either premise.

When Grier passed away in 1894 his collection was handed down to a neighbour of his, the piper William Mulvey from Drumgilra, Cloone, Co. Leitrim . Mulvey in turn passed the collection onto his grandson John Flynn of Drumlish, Co. Longford. The current custodian is Hugh Maguire of Navan, Co. Meath. Hugh received the collection from his father Liam Maguire, Bellewstown, who was also a grandson of Mulvey and he had obtained it from his cousin John Flynn. The following leaf from the collection is signed and dated by Stephen Grier in 1882: 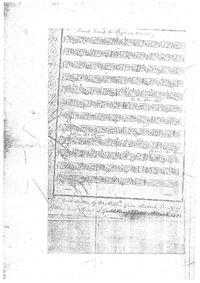 Footnotes:
1) Jackie Small, ed., Ceol Rince na hÉireann, Vol 4, (Dublin, 1996), page xvii 2) Marriage records, Gortletteragh Parish, Parochial House, Co. Leitrim 3) Mulvey was a member of the Piper’s Club in Dublin at the beginning of the twentieth century. There is a picture of him in a group photo from 1912 in O’Neill’s Irish Minstrels and Musicians (Chicago, 1913), page 345. O’Neill states that “special prizes were awarded to W.H. Mulvey, ‘a pleasant looking giant’ of Mohill, Co. Leitrim”.