Find traditional instrumental music
This is the stable version, approved on 29 June 2022.
Jump to: navigation, search 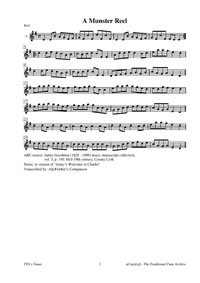 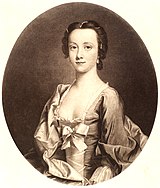 The title of this Jacobite reel refers to the Scottish pretender Bonnie Prince Charlie, also for a time an Irish hope. Gearoid Ó hAllmhurain, for one, believes Jenny may refer to Jean Cameron, Prince Charlie's reputed mistress. There were two Jean or Jenny Camerons involved in the Rising of 45, but it appears to be Whig propaganda that Jenny led the Camerons into battle and that she was romantically involved with Charlie. There are stories still that Charlie's supposed dalliance with Jenny distracted him from his Rebellion (similar stories are told of other defeated leaders-Napoleon and Santa Anna, for example). Cowdery (1990) identifies the melody as a "further development" of the identifying phrases of the old ballad "Boyne Water (1)." Caoimhin Mac Aoidh maintains the tune (in four parts) was associated with County Donegal in the past, though it has been disseminated to most of Ireland in the present. Earle Hitchner and Don Meade, in liner notes to Brian Conway's CD "First Through the Gate," note: "'Jenny's Welcome', a demanding four-part tune recorded in the 1930's by Hughie Gillespie (1906–1986, born in Ballybofey, Co. Donegal), has often been played by fiddlers vying for the All-Ireland championship at Fleadh Cheoil competitions." "Long Note (The)" is a related tune, as is "Jennie and the Weazel." Randy Miller says his version, most of whose parts are in Dorian mode, is a County Kerry setting based on the playing of fiddler Paddy Cronin, who resided in Boston for many years.

The multi-part settings of "Jenny's Welcome..." are an elaboration on the older two-part reel "Jenny Picking Cockles, which in turn is likely to have been preceded by the jig and song The Hag with the Money.

...more at: Jenny's Welcome to Charlie - full Score(s) and Annotations