Back to Air by Haydn

AIR BY HAYDN. AKA and see "Lord Cathcart," "Paddy the Piper (4)." Irish, English?; Air or Jig (6/8 time). G Major. Standard tuning (fiddle). AAB. "Lord Cathcart," or "Lord Cathcart's Welcome Home," is a composition by Haydn, or perhaps adapted by Haydn, and employed in his 'Military' Symphony No. 100, which debuted in 1794 on the occasion of his second visit to London. The Morning Chronicle reported a week after is premiere: 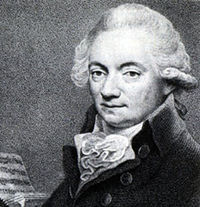 Another new Symphony, by Hadyn, was performed for the second time; and the middle movement was again received with absolute shouts of applause. Encore! encore! encore! resounded from every seat: the Ladies themselves could not forbear. It is the advancing to battle; and the march of men, the sounding of the charge, the clash of arms, the groans of the wounded, and what may well be called the hellish roar of war increase to a climax of horrid sublimity! which, if others can conceive, he alone can execute; at least, he alone hitherto has effected these wonders. 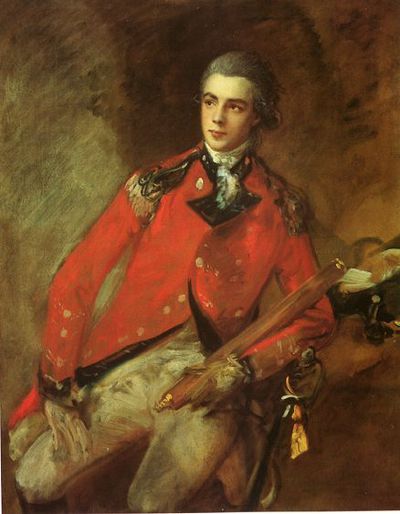 An unfinished portrait of William Schaw Cathcart by Gainsborough

It was wildly popular, and Haydn and his orchestra performed it often during the visit, including during his last London benefit of May, 1795. The melody of "Lord Cathcart" appears as the main theme of the final movement, the Finale, a piece so popular that it became detached from the symphony and was often played by itself as the closing piece of a concert. It became so familiar that it was absorbed into country dance tradition. Apparently, the public associated the musical theme (which does not sound all that war-like) with a popular military figure of the time, Lord Cathcart. Descended from a Scottish noble family, the 10th Lord, Sir William Schaw Cathcart (1745-1843), rose to the rank of Lieutenant General during the Napoleonic Wars and was credited with capturing a Danish fleet of over sixty vessels in 1807. The daring mission was carried out just as Napoleon's troops were about to take control of Denmark, and prevented the fleet from falling into French hands. William was rewarded reward with the titles of Viscount Cathcart of Cathcart and Baron Greenock (County of Renfrew) for this action. He received the title Earl Cathcart in 1814. Cathcart began his military career with service in America during the Revolution, and, at the time of Haydn's symphony, he was Colonel of the 29th Foot and serving again with distinction in the campaigns in the Low Countries.

The song was recovered from the Martin Freeman collection by Seán Ó Riada, according to Tomás ÓCanainn (A Lifetime of Notes, 1996), originally collected in the west Cork gaeltacht from the singing of a woman in the late 19th century.

Back to Air by Haydn