Find traditional instrumental music
This is the stable version, checked on 17 February 2020.
Jump to: navigation, search

Back to Air in Harlequin Ranger (1)

AIR IN HARLEQUIN RANGER [1]. English, Air (6/8 time). D Major. Standard tuning (fiddle). AABB. Harlequin Ranger was a pantomime produced by David Garrick in Drury Lane, London, in 1751, a burlesque of Rich's Covent Garden pantomimes which mocked the entertainment of wire dancing and the antics of strange animal's in Rich's theatre. When Rich's friends attended Garrick's play, they attempted to disrupt the performance by throwing an apple at the comic actor Henry Woodward, who retorted with a sarcastic comment from the stage. A lawsuit ensued. 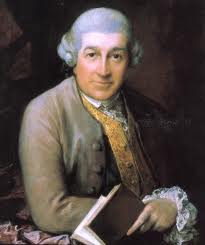 Back to Air in Harlequin Ranger (1)