Back to Ash Grove (The)[edit]

ASH GROVE (Llwyn On/Onn). AKA - "Ashtree Grove"?? AKA and see "Llewellyn," "Sir Watkin William Wynn." Welsh (originally), Scottish, New England; Air and Waltz (3/4 time). C Major (Laufman): F Major (Jones): G Major (Bingley, Johnson). Standard tuning (fiddle). AB (Kerr): AAB (Bingley, Johnson, Jones, Laufman). The Ash Grove (Welsh: Llwyn Onn) is a traditional Welsh folk song whose melody has been set to numerous sets of lyrics. The best-known version was written in English by Thomas Oliphant in the 19th century. The air is considered by some to be an early 18th century melody from Wales, perhaps because it is attributed to that country in the Gows' fourth collection of Strathspey Reels (c. 1800, p. 24), where it appears as "Sir Watkin William Wynn," the name of several generations of Welsh baronets. The Gows' title refers to either Sir Watkin Williams-Wynn [1] (1749-1789), who was the wealthiest Welshman individual in Wales, with extensive estates in the north of the country. He spent much of his fortune on buildings, on gardens and on collecting art. He loved music and the theatre, but he had a particular passion for the visual arts. His son, also Sir Watkin Williams-Wynn [2] (1772-1840), 5th Baronet, was a Welsh politician. 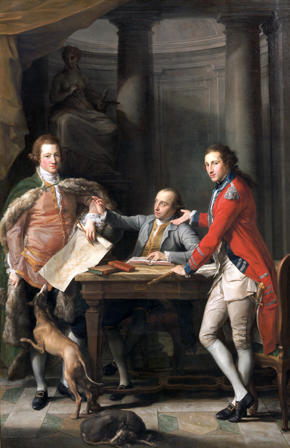 Sir Watkn Williams-Wynn, 4th Baronet, is the red-haired figure on the left, depicted at age 19 with two traveling companions on his Grand Tour. Wynn commissioned the portrait while in Rome in 1768 from famed Italian artist Pompeo Batoni. 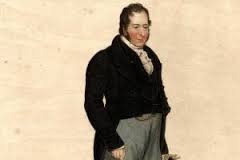 The earliest Welsh printing was not until Edward Jones's Bardic Museum (1802) as "Llwynn-onn", where it is given that it was named after 'Mr. Jones's mansion near Wrexham', Denbighshire. The Jones family had occupied the estate since the 15th century, and, although the date of construction is unknown, at least three successive houses had been erected on the spot. The Welsh song to the air, "Llwynn-onn," tells of a sailor's love for "Gwen of Llwyn". At the end, Gwen dies, and in one version of the piece, the writer talks about him mourning and that she is lying " 'neath the shades of the lonely ash grove". The first known English-language version of "The Ash Grove" was published in 1862, in Volume I of Welsh Melodies, with Welsh and English Poetry', compiled by the harpist John Thomas, with Welsh words by John Jones (Talhaiarn) and English words by Thomas Oliphant. The first verse of this version is incorporated into a different interpretation by the English dramatist and translator John Oxenford. 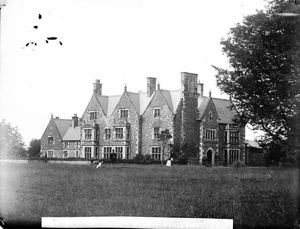 Llwynn-onn in the late 19th century.

Robin Huw Bowen says the air is played in the form 'theme and variations', a form popular with Welsh harpists of the early 18th century. Although it is often attribued to Edward Jones, it may be be older. A precursor melody is "Cease Your Funning," found in John Gay's Beggar's Opera (1729) (although English folksong collector Frank Kidson, writing in 1922, claimed that Gay's air derives from the morris dance tune "Constant Billy"). Another, perhaps ancestral, melody, "Beauty in Tears," was said to have been in the repertoire of Irish harper Turlough O'Carolan (1670-1738), and credited to Carolan by Francis O'Neill. On the on the basis of the attribution to Carolan, and based on the similarity of the melodies, "The Ash Grove" is sometimes credited as well to the bard. However, Donal O'Sulliven questioned several of O'Neill's attributions to Carolan, and did not include "Beauty in Tears" in his comprehensive 1958 study of the Irish harper.

"The Ash Grove" was used as a vehicle for English morris dancing, and various words were set to it, bawdy and otherwise. One set begins: www.gurman.org/ashgrove

Down yonder green valley, where streamlets meander
Where twilight is fading, I pensively rove--
Or at the bright noontide, in solitude wander
Amid the dark shade of the lonely ash tree.

See also Cease Your Funning (1) for more on variants of the Welsh air.

Back to Ash Grove (The)[edit]