Back to Carnegie's Welcome to Scotland

CARNEGIE'S WELCOME TO SCOTLAND. Scottish, March (4/4 time). A Major. Standard tuning (fiddle). AAB. Composed by Scots fiddler-composer J. Scott Skinner (1842-1927). Andrew Carnegie (1835-1919) was one of the world's richest men when he returned to his birthplace in Dumfermline, Scotland, in 1881. He emigrated with his family to the United States in 1849, at the age of 14, settling first in the slums of Allegheny, Pennsylvania. Thirty-three years later Carnegie had built the largest steel company in the country and brought his mother home to Scotland in triumph. Skinner's hand-written manuscript copy of his composition [1] includes the note '"Mr Carnegie is the possessor of Macpherson The Freebooters Violin. glorious thing the distribution of wealth" (see "MacPherson's Lament" for more on MacPherson). 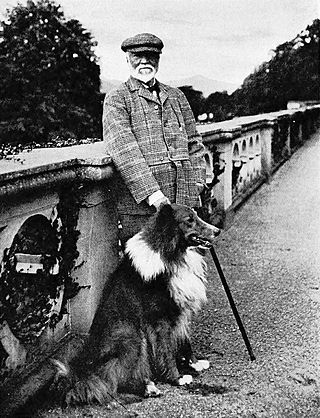 However, the condition of [Skibo Castle] had declined by 1897, when wealthy industrialist Andrew Carnegie took a one-year lease, with an option to buy. In 1898 he exercised that option for £85,000. However its condition had declined so much by this time that a further £2 million was spent on improvements, including an increase in area from 16,000 square feet (1,500 m2) to over 60,000 square feet (5,600 m2), plus the creation of Loch Ospisdale, an indoor swimming pavilion and a 9-hole golf course. Carnegie employed Alexander Ross of Inverness to carry out major upgrading works including full electrical services served by a private power station. Skibo stayed with the Carnegie family until 1982.

Back to Carnegie's Welcome to Scotland