Back to Countess of Sutherland (1) 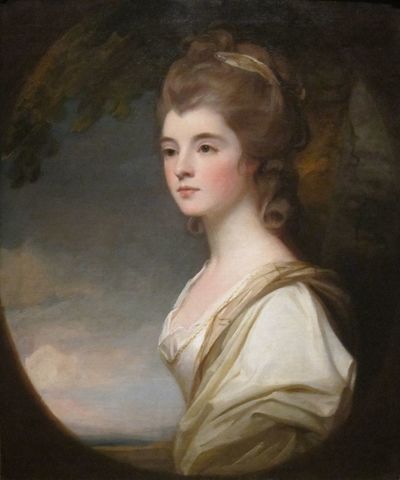 On the death of the 18th Earl of Sutherland, William Gordon, without male issue, the title passed to his daughter Elizabeth (1765-1839). She became the 19th Countess of Sutherland only a few weeks after her first birthday, in 1766. She married an Englishman, George Granville Leveson-Gower, Marquis of Stafford, in September, 1785, and later became Duchess when Stafford was created Duke of Sutherland in 1833. Elizabeth was a distinguished artist and painter. Their reputation has been marred by their ill-treatment of tenants in the matter of the Highland clearances, initiated to "improve" their estates by displacing people in favour of sheep. She is said to have pursued the depopulation of her lands with "vigour and cruel thoroughness," so that "her name is still reviled in many homes with Highland connections across the world today." Karl Marx wrote an article condemning her practices, entitled "The Duchess of Sutherland and Slavery" (The People's Paper, March 12, 1853). Artist George Romney painted her portrait in 1782, at age seventeen, three years before she married Leveson-Gower. [George Romney also painted a number of paintings of Emma Hart, Lady Hamilton, for whom see the alternate title of "Countess of Sutherland"].

Back to Countess of Sutherland (1)