A similar tune, although in a different key, is "Wearying on the Gill Stoup," a pipe tune contained in the Edinburgh Collection, Book 2 (c. 1910). Barry Shears, in his Gathering of the Clans Collection, vol. 1 (1986), prints an untitled pipe reel (p. 54) that appears to be a version. In addition, says Shears, he has heard a Gaelic song called "Seallaibh curaigh, Eohainn" sung in Nova Scotia by Mrs. Annie Arnett for the School for Scottish Studies, that "bears a striking resemblance to this tune." A Norwegian ms. dating to the 18th century includes the tune under the title "Engels Dantz" (English Dance).

John Offord (2018) remarks that "The Drummer" is said to be the ancestor of the 'Irish Good Morning to Your Nightcap.' 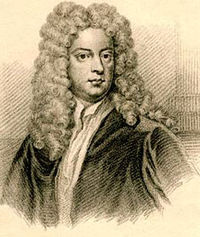 Indexer Bruce Olson suggested this tune was the original of John O'Keefe's "Good Morrow to Your Night Cap," a song written for his farce The Good Soldier. Graham Christian [CDSS News #201, March/April 2008] believes that "The Drummer" is associated with Joseph Addison's [1](1672–1719) comedy The Drummer; or, The Haunted House, published anonymously in 1714 . Addison, a poet, politician, and essayist as well as a playwright, gained fame as the author of the very successful play Cato (1712), and, with his fried Richard Steele, as the founder of the periodical The Spectator. The Drummer, however, was not a success, nor has time improved the opinion of his effort; in fact, the play closed on its third night. The comedy was based on the famous rapping spirit at Tedworth (1662), in the reign of Charles II, which reveals the title to refer not a martial musician, but rather to a pernicious poltergeist:

The troubles began with rappings on the walls of the house, and on a drum taken by Mr. Mompesson from a vagrant musician. This man seems to have been as much vexed as Parolles by the loss of his drum, and the Psychical Society at Ragley believed him to be a magician, who had bewitched the house of his oppressor. While Mrs. Mompesson was adding an infant to her family the noise ceased, or nearly ceased, just as, at Epworth, in the house of the Rev. Samuel Wesley, it never vexed Mrs. Wesley at her devotions. Later, at Tedworth, 'it followed and vexed the younger children, beating their bedsteads with that violence, that all present expected when they would fall in pieces'. . . . It would lift the children up in their beds. Objects were moved: lights flitted around, and the Rev. Joseph Glanvill could assure Lady Conway that he had been a witness of some of these occurrences. [Andrew Lang, Cock Lane and Common-Sense, 1894]