Emperor of the Moon (The)

Back to Emperor of the Moon (The)[edit]

EMPEROR OF THE MOON, THE. English, Country Dance Tune (cut time). G Minor. Standard tuning (fiddle). AABB. The country dance version of the melody was first published by John Playford's son, Henry Playford (1657-1709), in his Dancing Master, 8th edition (1690), and appeared in subsequent editions of that work through the 18th and final edition of 1728 (then published in London by John Young). Henry also included it in the 7th edition of his First Book of Apollo's Banquet (London, 1793). "Emperor of the Moon" was also printed in the Walsh's Compleat Country Dancing Master in 1718, and in later editions of 1731 and 1754. The melody was included by London musician Thomas Hammersley in his music manuscript collection dated 1790. 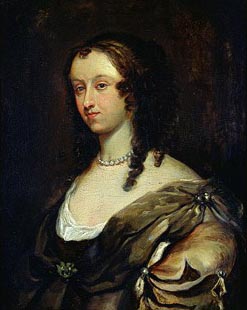 The title of the dance and tune is taken from the play Emperor of the Moon [1] by Aphra Behn [2] (1640-1689), arguably the first professional English woman playwright, produced at Duke's Theatre in 1687. It was a Restoration era farce based on Nolant de Fatouvill's original Arlequin empereur dans la lune (1684), both highly influenced by the Italian commedia dell'arte. Behn's play itself calls for several unnamed dances, "figure dance," "Antic dance" and a dance described as "very Antick." Researcher Graham Christian (2015) finds the tune to be the composition of musician and dancing master Richard Motley (fl. 1688-1710), first printed in an appedix to the second volume of Vinculum Societatis (1688). Henry Purcell revised and corrected it, writes Christian, for its inclusion in Playford's Second Part of Musick's Handmaid (1689). A country dance version of the rather simple tune (which Christian describes as "simple and hypnotic, almost more than a ground bass than a melody") was created by truncating twenty-four bars, and was printed by the Playfords, Walshes and others in collections into the 18th century.

Back to Emperor of the Moon (The)[edit]