Humors of Ennistymon (1) (The)

Back to Humors of Ennistymon (1) (The) 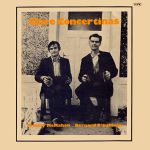 HUMORS OF ENNISTYMON [1], THE. AKA and see Bliven's Favorite, By Your Leave Larry Grogan, Coppers and Brass (2), County Limerick Buckhunt, Finerty's Frolic, Green Sleeves (3), Groom, Hartigan's Fancy, Humors of Milltown (2), Larry Grogan (3), Lasses of Melrose (The), Lasses of Melross, Linn's Favourite, Little Fanny's Fancy, Lynny's Favourite, Paddy's the Boy, Pingneacha Rua agus Pras, Queen of the Rushes, Waves of Tramore (The), Willie Clancy's. Irish, Jig. G Major. Standard tuning. AABBCC (Flaherty, Mallinson, O'Neill): AABBCC' (Mulvihill). The name Ennistymon is derived from the Irish Inis Díomáin, or (St.) Diomán's Island, and is locally pronounced 'Ennis-sty-mun'. The tune is one of a large tune family whose most famous member is perhaps "Larry Grogan." Seán Keane was of the opinion it was a Clare tune, and indeed, Ennistymon is a town in North Clare. In the liner notes for the album "Clare Concertinas: Bernard O'Sullivan and Tommy McMahon," Muiris Ó Rochain writes that County Sligo/New York fiddler Michael Coleman adapted the tune "Coppers and Brass (2)" by adding a third part, the whole of which he renamed "The Humours of Ennistymon." Ó Rochain thinks this was in honor of Martin Clancy, a famous fiddler and a native of Ennistymon who emigrated to the United States. Gearóid Ó hAllmhuráin (1999) believes that travelling piper Johnny Doran popularized the tune in Clare in the 1930's and 1940's, playing it as "Coppers and Brass," and that it is thought in Clare that Doran composed the third part of the tune. Micho Russell (1915-1944), tin-whistle player and a storehouse of folk tales and traditional lore, had his own fanciful thoughts and associations about the tune, which he would relate by way of introduction of the music. "There's a jig called 'The Humours of Ennistymon' and Captain O'Neill in Chicago, the music collector, had only two parts got in his collection. So he met a man from Ennistymon and the man from Ennistymon had the third part. So I think that was one of the reasons that it was called 'The Humours of Ennistymon'" (Piggott, Blooming Meadows, 1998). The tune appears in O'Neill's Music of Ireland (1903) as the two-part "Hartigan's Fancy." In fact, both tune and title appear older than O'Neill and the above-referenced 20th century musicians, since "Humours of Ennistymon" appears in the James Goodman manuscripts (volume III, 152), collected by James Goodman from the playing Munster musicians in the mid-1800's, predating all the above references. James Aird (c. 1790) published a variant as "Lasses of Melross (The)." Breathnach remarks that the first printed version was by John Walsh before 1736 in Country Dances Book the Second under the title "Larry Grogan," named for the County Wexford gentleman piper of the early-mid 1700's (there are two "Grogan" variants, however, "Ennistymon" is closer to the "Larry Grogan (3)" version). See also note for "Groom."