JENNY LIND (POLKA) [1]. AKA and see "Breakdown des fêtes," "Bridal Polka (2)," "Jenny Lind's Favorite Polka," "Bonnie Polka (Da)," "Heel and Toe Polka (1)," "Hole in Her Stocking," "Reel du pont," "Reel Lafrenière," "Sally with the Run Down Shoes/Sal with the Run Down Shoes," "Tempest (The)." American & Australian, Polka; English, Polka and Morris Dance Tune (2/2 or 4/4 time). USA; New York, Pennsylvania, Alabama, Arkansas, Virginia, West Virginia, North Carolina. England; Dorset, Oxfordshire and North-West England. F Major (Trim): G Major (Bacon, Brody, Mallinson, Phillips): D Major (Kerr): D Major {'A' part} & G Major {'B' part} (Bacon, S. Johnson, Taylor, Wade): D Major {'A' and 'B' parts}, G Major {'C' and 'E' parts} & C Major {'D' part} (Ford). Standard or AEae (Art Stamper) tunings. AB (Brody): AABA (Trim): AABB (S. Johnson, Taylor, Wade): AA'BB (Kerr): AA'BB' (Phillips): ABCDE (Ford): ABB, x4 (Bacon, Mallinson). A dance tune composed in 1846 as "Jenny Lind's Lieblings-Polka," attributed to the composer Anton Wallerstein (1813-1892), commemorating the "Swedish Nightingale," Johanna Maria "Jenny" Lind [1] (1820–1887), an operatic soprano. The melody was hugely popular and was published repeatedly, although Wallerstein's name as composer often does not appear. In America the name of Allen Dodworth, a dancing master and a member of "Dodworth's famous Cornet Band" is sometimes attached to the melody, but can be credited as an arranger only. The popular melody, with its memorable opening bars, entered a number of English-speaking folk traditions, although in America the melody usually appears in two parts rather than the multiple parts that were originally printed. Jenny Lind toured Europe during 1844–48 to much popular acclaim, and took London, then Dublin by storm in 1847 and 1848. P.T. Barnum promoted an American tour of the by then world-famous singer in 1851–52, and she played a 150 concerts at $1,000 a performance. She earned enough so that upon her return to Europe she retired from professional performing and became a philanthropist and singing teacher. She eventually settled in Malvern, Worcestershire, England, where she died and is buried. Lind's fame coincided with the rise in popularity of the polka, although she and the form were not directly related except by this famous piece, dedicated to her. 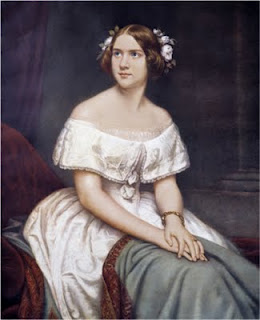 The tune is almost universally known among older traditional fiddle and squeezebox players in England and morris dance versions have been collected from the Bampton area of England's Cotswolds (Mallinson), and North-West England (Wade) where it is used as a tune for a polka step. It was a hit of the late 20th century folk revival in England, its popularity spurred by Bill Leader, Reg Hall and Bob Davenport's influential recording "English Country Music" (1965), a limited release which featured Norfolk fiddler Walter Bulwer and his wife Daisy (piano), and Billy Cooper (hammered dulcimer). The recording became a collectors item until it was re-released on LP by Topic Records in 1976.

"Jenny Lind's Favorite Polka" was entered into the 1859 music copybook of American musician M.E. Eames (about whom, unfortunately, nothing is known). Tom Carter and Barry Poss say the tune has "only occasionally" been recorded in Virginia and West Virginia, sometimes under the title "Heel and Toe Polka," however, it appears in the repertory of many North Carolina Piedmont old-time musicians. "Jenny Lind Polka" (Sal with the Run Down Shoes) was in the repertoire of fiddler S.S. Ransdell (Louisburg, Granville, County, N.C.) who competed in 1905 in the Raleigh, N.C., fiddler's convention, as recorded by the old Raleigh News and Observer. The melody is mentioned in accounts (1926–31) as having been played at the De Kalb County (Alabama) Annual (Fiddlers') Convention (Cauthen, 1990), and also appears in a list of traditional Ozark Mountain fiddle tunes compiled by musicologist/folklorist Vance Randolph, published in 1954. John Summers played "Jenny Lind Polka" Jim Herd, living in Seattle but originally from the Ozarks, played an old-time variant he called "Dance All Night with a Gal with a Hole in Her Stocking" (merged with "Buffalo Gals"). An early recording on 78 RPM was by Henry Whitter's Breakdowners, from southwestern Virginia. North-central Kentucky fiddler Everett Kays' played a reel called "Jenny Lynn (2)" that is a very distanced version of "Jenny Lind (1)," noticeable in the second strain.

Versions of "Jenny Lind Polka" were recorded in Quebec in the 78 RPM era. Montreal fiddler Joseph Allard recorded it twice in the 1930s, under titles "Reel du pont" and "Reel Lafrenière," and versions were also recorded by J.O. LaMadeleine, Louis Blanchette (as "Reel Bagot", 1938) and Isidore Soucy ("Breakdown des fêtes"). Another version of "Jenny Lind Polka" is popular among traditional musicians in Australia under the title "King Pippin Polka (2)," cognate in the first part; although the simplified second strain differs melodically, it is structurally and harmonically similar.