Find traditional instrumental music
This is the stable version, checked on 31 January 2021.
Jump to: navigation, search

Back to Jim Brown 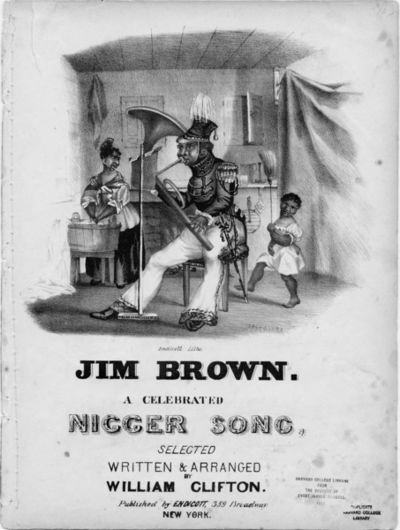 The figure depicted in the cover the to the sheet music to the left is dressed in a band costume. It has been suggested that the cover caricatures African-American bandleader, composer, violinist and keyed-bugle player Francis Johnson (1792-1844), who led a very successful band of African-American musicians in Philadelphia, and who had an international reputation for his music (see Philadelphia Fireman's Cotillion (The)). The cover also depicts the man as a variant of the black 'dandy' (albeit in uniform rather than evening-dress), a stereotypic figure in the minstrel era that started early with such songs as "Zip Coon" and "Long Tail Blue."

Back to Jim Brown