Find traditional instrumental music
This is the stable version, checked on 26 October 2022.
Jump to: navigation, search

Back to Job of Journeywork (1)

JOB OF JOURNEY WORK [1], THE ("Greim/Mir Obairaonlae" or "Obair an Aistir"). AKA – "Stone Grinds All." Irish, Scottish; Set Dance (cut time or 4/4). D Mixolydian (Roche): D Major (Goodman, O'Neill): D Major/Mixolydian (Cranitch, Joyce, Mulvihill, Stanford/Petrie). Standard tuning (fiddle). AB (Standord/Petrie): AABB (Cranitch, Goodman, Joyce, Mulvihill, O'Neill, Roche). Francis O'Neill (1922) said this set-dance tune was derived from a song air. Samuel Bayard (1954) published a study of a tune family he called "The Job of Journeywork," evidently feeling "this long, irregular tune developed by the eighteenth century Irish dancing masters was somehow archetypical" (Cowdery, 1990). The second strain of the melody has been the one which has spawned the most variants, one of many of the "standard building blocks" (Ó Canainn, 1978) of the Irish melodic tradition. See "Tom Sullivan's" and "Matt Hayes' Polka (2)" for examples of conjoining phrases based in part on "The Job of Journeywork." Joyce (1890) states the tune was "a great favourite" in some of the Munster counties twenty or thirty years before he first published his volume in 1873.

However, the first printed appearance of the tune appears to be in Glasgow musician and publisher James Aird's Selection of Scotch, English Irish and Foreign Airs, vol. 3 (Glasgow, 1788). It is perhaps based on an older air called "My Wife She's Ta'en the Gee (2)" (not to be confused with Nathaniel Gow's different air of the same name). Robert Burns used the tune for one of his songs appearing in the Scots Musical Museum (vol. 5, Edinburgh, 1788, No. 480), entitled "Here's His Health in Water." The set dance is contained in vol. 2 (p. 155)[1] of the large mid-19th century music manuscript collection of County Cork cleric and uilleann piper James Goodman (musicologist). The great East Clare fiddle stylist Paddy Canny's recording of the tune has been called the standard for modern settings and was used as the theme for the radio program of the same name in Ireland. Some similarity has been noted between "Job of Journeywork" and a tune printed by Stanford in his Irish Melodies (1894) called "Little Red Fox (The)." The versions printed by Howe and Joyce are virtually identical. The melody is called "Stone Grinds All" in Connecticut fifer Giles Gibb's (1760–1780) music manuscript book. There are melodic similarities to the old-time standard "Over the Waterfall," but not enough to establish a definitive connection between the two.

In Irish tradition "Job of Journeywork" is one of the four tunes called the Traditional Sets (i.e. set dances), along with "St. Patrick's Day," "Blackbird (1) (The)" and "Garden of Daisies (1) (The)."

Additional notes
Source for notated version : - A Munster dance. From (the Irish collector) Mr. Joyce" [Stanford/Petrie]; Joyce himself learned it from "hearing it constantly played by pipers and fiddlers" [Joyce]; Michael Coleman [McCullogh]. 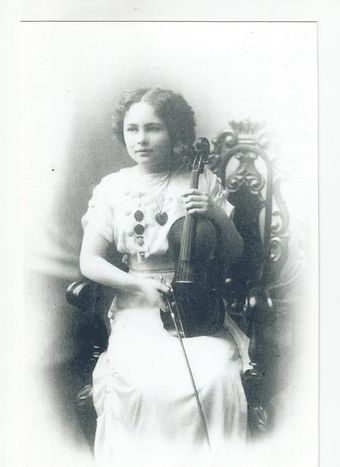 See also listing at :
Alan Ng's Irishtune.info [2]
Jane Keefer's Folk Music Index: An Index to Recorded Sources [3]
Hear the 1926 recording by piper Liam Walsh at the Internet Arhive [4]. The note at I.A. informs "Gallagher was a Leitrim flute player who learned the pipes in America."
Hear Michael Coleman's and other recordings at the Comhaltas Archive [5] [6]

Back to Job of Journeywork (1)