Find traditional instrumental music
This is the stable version, checked on 20 September 2020.
Jump to: navigation, search

Back to John O'Connor

JOHN O'CONNOR (Sean O Conchubhair). AKA and see "Belfast Almanac (The)," "Harlequin's Lament for the Loss of Colomtine," "Irish Air (1)," "Planxty Connacht," "Planxty Connor (1)," "Planxty Mrs. O'Conor." Irish, Planxty (6/8 time). G Major (most versions): C Major (Forde). Standard tuning (fiddle). AB (Forde): AB+Chorus (Complete Collection, O'Sullivan): ABC (O’Neill): AABBCC (O’Farrell, Thompson): AA’BB’ (Moylan). "John O'Connor" is one of the more popular compositions by blind Irish harper Turlough O'Carolan (1670-1738). The air appears in Burk Thumoth's Twelve English and Twelve Irish Airs (c. 1745-50, No. 42) and in Bryson’s Curious Collection, both instances under the corrupted title "Planks of Connaught" i.e. "Planxty Connacht"), however, the earliest printing is in John and William Neale's untitled publication of Carolan's melodies, printed in Dublin around 1742, wherein it is called simply "Jigg" (the 1742 date is now the established date for this publication, not 1721, due to dating of the watermarks on its paper-see Donal O'Sullivan, p. 335, appendix to the 2001 edition). The tune is included in the MacLean-Clephane Manuscript of 1816, compiled by young sisters Anna-Jane and Margaret Maclean-Clephane of Mull, brought to light by modern harper Keith Sanger. The version in this manuscript has several (3) extra parts, of which one is a variant of O'Sullivan's "Chorus" section (the last four bars are different), and one which appears to be a fiddler's variation (see p. 346, Appendix to the 2001 edition of O'Sullivan's Carolan: The Life Times and Music of an Irish Harper). According to Carolan biographer Donal O’Sullivan, "John O'Connor" can also can be found on page 27 of the John Lee edition of O'Carolan's tunes, c 1780, and as “Planxty Connor” it can be found in Bunting's 2nd collection, O'Farrell's National Irish Music, Murphy's Jigs and Airs, and Aird's Airs, v. 6. A curiously-titled version appears as a country dance tune in London publisher John Johnson's Choice Collection of 200 Country Dances (1744, p. 62) under the title "Bob in the Bed." It also appears under that title in other period English publications and ballad operas.

Arthur O'Neill [1] (1734-1818), a blind harper who played at the Belfast Harp Festival and who was one of the last of the old itinerant harpers, mentions the tune in his memoirs. As a young man he toured Ireland several times and related his meetings with other famous harpers, of whom he says about one: 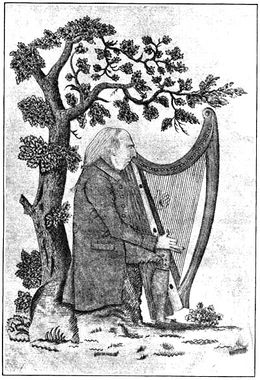 I met my namesake Peggy O'Neill. She was past child-bearing when I did meet her. She played decently on the harp. If fame don't tell lies of her, it mentioned that she was uncommon fond of playing all Carolan's planxties, such as 'Planxty Connor', 'Planxty Reilly', and about twenty-eight other planxties, which poor Peggy always set to music on her instrument on a C flat.

Harper O'Neill also records the following anecdote that mentions the tune in his Memoirs (Chapter 1), when it was played by the famous Thady Elliot of County Meath (b. 1725), another blind harper::

On Christmas Day Thady was to play at the Roman Catholic Chapel of Navan, and a humorous fellow in Navan took Thady to a public house and promised to give him a gallon of whiskey if he rattled up "Planxty Connor" at the time of the Elevation, which Thady promised to do. Accordingly, when Mass commenced on Christmas morning Thady as usual played some sacred airs until the Elevation, and for the sake of the whiskey and [to] be as good as his word he lilted up "Planxty Connor". The priest, who was a good judge of music, knew the tune but at that solemn stage of the ceremony he could not speak to Thady. But to show his disapprobation he stampled violently on the altar-so much so that the people exclaimed in Irish 'Dar Dhia, tá an sagart a' damhsa!', that is 'By God, the priest is dancing!' However, after playing 'Planxty [Connor]' for some short time he resumed his usual tunes. But when Mass was over Thady was severely reproved and dismissed.

A practical joker of a type not yet extinct, knowing that he was to play at the celebration of Mass on Christmas morning at the town of Navan, took him to a public house or tavern the evening before, and bribed him with the promise of a gallon of whiskey to strike up “Planxty Connor,” one of O’Carolan’s lively tunes at the time of the Elevation. With all due decorum Thady played sacred music until the appointed time, when true to his work, he swung into “Planxty Connor” to the horror of the officiating priest who well knew the apocryphal nature of the melody. Other means of showing his displeasure being unavailable, the priest repeatedly stamped his foot. Some who thought his emphatic movement was but an irresistible response to Thady’s spirited strain whispered “Dhar Dhia tha an Sagart ag Rinnce.” The daring and irrevcerent harper after a few rounds of the Planxty resumed the sacred airs, but that didn’t save him from denunciation and dismissal after the service.

Words to the tune (which Donal O'Sullivan says fit the melody so perfectly "that there is not the slightest doubt that they together form one song") were noted by Patrick Lynch from Blind Billy O'Malley, a piper from Louisborough, and go:

Donal O'Sullivan (1958) says it is clear from manuscript copies of the poem indicate John O'Connor "was one of the O'Connors of Offaly and that he was a young bachelor at the timeit was composed." However, O'Sullivan was not able to trace his identity. The melody was employed (along with other Irish tunes) by the English popular composer William Shields for use in the finale of his 1782 opera The Poor Soldier. Under the title "Belfast Almanac (The)" it was printed in Scotland by the Gows, and by Glasgow publisher James Aird simply as "Irish Air."

Back to John O'Connor