Find traditional instrumental music
This is the stable version, checked on 1 July 2022.
Jump to: navigation, search

JOHNNY COPE [1] (Seanin Ua Copa). AKA and see "Fye to the Coals in the Morning," "General Coope," "Hey Johnny Cope." Scottish (originally), Canadian; Reel, Hornpipe or March; American, March or Polka (2/4 or cut time); Irish, Hornpipe. Canada, Prince Edward Island. G Mixolydian/Minor (Aird, Gatherer, Johnson, O'Neill/1915): A Mixolydian (Gunn): A Dorian (Cranford, Doyle): A Minor (Howe, Johnson/2003, O'Farrell): B Minor (Miller & Perron). Standard tuning (fiddle). AB (Bayard): AABB (Johnson/2003, Miller & Perron, O'Neill/1850, Perlman, Doyle, Roche, Winstock): AABBCC (Gunn): AABBCCDD (Aird, Gatherer, O'Farrell): AABB'CCDDEEFFAABB' (Johnson): AABBCCDDEEFFGGHH (Howe). The tune is still played by Scottish regiments as their reveille. It is a satirical melody which commemorates the 1745 Jacobite rebellion when Sir John Cope (d. 1760) and the English were defeated by the Scots under Bonnie Prince Charlie at the Battle of Prestonpans, on the 22nd of September, 1745. In 1745, when Prince Charles landed in the highlands, Sir John was commander in chief in Scotland and he bravely resolved to march into the Highlands to oppose him. Cope was ill-prepared and outnumbered however, and soon retreated in the face of opposition in order to regroup. The rebels meanwhile secured Edinburgh and when they learned that Cope was marching to the city's relief they marched to meet him. Both armies neared each other at Prestonpans late in the day, separated by marshy ground, and it was resolved to wait until the next day to begin hostilities. During the night however, Prince Charlie was appraised by one of his troops that a passage or ford was to be had through the marshy ground and the rebels resolved to filter through at night and take the English forces by surprise in the morning. This was effected and the surprise was complete. Half awake and utterly bewildered, Cope's troops could make no effective resistance, and in a few minutes were in headlong flight. Only one round of ammunition was fired, and not one bayonet was stained with blood. Few except the cavalry made good their escape, the whole of the infantry being either killed or take prisoners. A later court of inquiry was convened to look into the debacle, though the result was that the common troops were blamed for the rout and Cope and all his officers were exonerated. Recently, some historians have concluded that Cope was in fact not to blame for the defeat, and is undeserved of the scorn accorded him by the famous song. 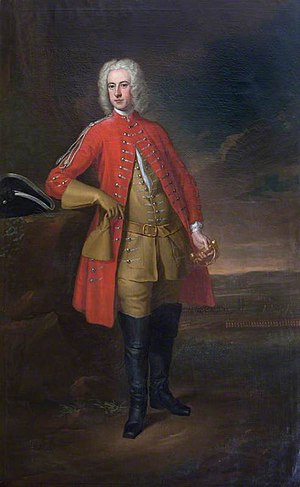 The song lyrics and perhaps the music (the song is sung to the first two parts of the instrumental version) were written by Adam Skirving, an extremely literate East Lothian cultivator whose fields were tramped by the passage of the armies on the day of the battle. [There is a story that one of Cope's English officers took offense to Skirving's verses and desired to challenge him to a duel; Skiriving's comment on hearing the threat was "Let him come up here. If I can fecht him, I will. If not, I'll rin awa' just like he did."] Johnson (1983) notes the tune was unknown prior to 1750, but Bayard (1981) identifies "Johnny Cope" as a version of the older tune "Fye to the Coals in the Morning." The tune appears with variations by an anonymous but skilled local composer in the Gillespie Manuscript of Perth in 1768, and also in the McLean and Trotter manuscripts. A song by the title "Johnny Cope" is found in James Oswald's Caledonian Pocket Companion, published in London in 1760 with the alternate title "John Cope Trode the North Riding" (the North Riding is a section of Yorkshire). It appears in O'Farrell's Pocket Companion, vol. 3 (1810–20), p. 51. O'Neill reports that a footnote in Wood's Songs of Scotland states that this old air originally consisted of one strain which was subsequently elaborated by the addition of a chorus or burden of a silly song; adapted to it was the first strain repeated an octave higher. Bayard (1981) agrees with Graham, and notes (similarly with Wood) that the first part was the original strain added to in the second strain in instrumental versions by one melody, and in vocal versions usually by a strain resembling the Scots tune "Balquhidder Lasses." O'Neill snidely suggests that although it was "claimed as Scotch, is in the Irish style and known all over Ireland;" the veracity of this is highly questionable for the tune closely follows "passamezzo antico" form, which was a particular style of stock chord progression imported from 16th century Italy and popular in England and Scotland in the 16th and 17th centuries. Bayard (1981) sees some resemblance between the first part of "Johnny Cope" and the second of the American tunes "Tennessee Wagoner," "Keep Off the Grass," and "Mississippi Sawyer;" he wonders if they are derivations. Similarly he sees resemblance between the second strain and the American collections of "Paddy on the Handcar." He also sees some resemblance between a "simple, fundamental strain" of Cope and some elaborated Irish hornpipe tunes, notably "Groves (The)" and "Drunken Sailor (The)" (they use the "Balquhidder" strain version plus some added parts). There is a legend that has been collected among Protestant Irish and fifers in Pennsylvania (Bayard, 1981) that has (falsely) the person of Johnny Cope as a drummer boy in the Orange Irish forces who falls asleep on his watch on the very night of a surprise attack by the Catholic army. He was awakened just in time to sound the alarm by some birds pecking at some crumbs scattered on his drumhead--Bayard astutely points out that this story parallels the legend of the Capitoline geese, whose cackling awakened the Roman sentries in time to repel an ancient attack. As late as the mid-twentieth century these lyrics, based on the Scots words, were to be heard in American folk tradition sung to the tune:

Hey Johnie Cope are ye wauking yet,
Or are ye sleeping I would wit;
O haste ye get up for the drums do beat,
Of fye Cope rise in the morning. ...... (Robert Burns)

Paul Stewart Cranford wrote about Cape Breton versions of "Johnnie Cope" for Cape Breton's Magazine in the 1980's—there are three common settings played by musicians on the island. He identified a pipe setting in the key of B Minor and a six-part G Minor setting first recorded on a 78 RPM by Margaree fiddler Angus Allan Gillis that proved influential among older Cape Breton fiddlers and is still the most often heard. A third version, in A Dorian, is from the playing of Mary MacDonald. MacDonald's daughter, Mary Jessie MacDonald, a piano player now living in Boston, contributed two extra turns to the tune, and this 'enhanced' version is proving popular with younger Cape Breton fiddlers. MacDonald's setting is somewhat similar to the Scottish ten-part setting in Keith Norman MacDonald's Gesto Collection (1895).

Beethoven arranged the melody for string quartet to accompany a vocal version of the tune around 1800. The tune is still used as a reville by Highland regimental pipers today. Aird's and O'Farrell's versions are identical, save for the key change. "Johnny Cope" appears as part of the 4th change of Frank Roche's "Nights of Gladness (4)" quadrille.