Back to Joys of Québec 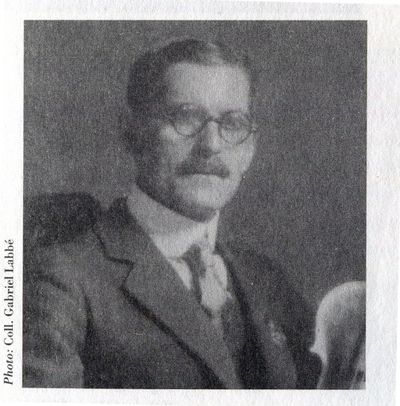 JOYS OF QUÉBEC (Les Joyeuses Québecoises). French-Canadian, Reel or Polka. A Major. Standard tuning (fiddle). AA'BB' (Brody): AA'BB'C (Phillips). The reel is the composition of influential Saint-Sauveur, Québec, fiddler and traveling salesman Fortunat Malouin (1870-1935), who recorded in the 1920's for the Starr and Columbia labels. The third section, which Jos Bouchard (1905-1979) included in his 1938 recording, is rarely played, although interesting. Malouin recorded the reel in New York City in 1928 for Columbia Records (backed with another of his compositions, "Reel de Rimouski"). The melody was included in Montreal musician, publisher, and music dealer A.J. Boucher's (1869-1927) Le Repertoire du Violonneux [sic] (Dec., 1933), a collection of Quebecois tunes that included versions of all eight tunes that Malouin recorded--all under different titles. "Les Joyeuses Québecoises" appears as "Variations sur un air canadien." Researcher Jean Duval believes that Boucher and Malouin were rivals or competitors, at least from Boucher's point of view, and that Boucher may have been seeking to point out that "Les Joyeuses Québecoises" was not Malouin's composition, but rather a part of older Quebecois repertory appropriated by him. He also may have been trying to 'show Malouin up' by printing (as the first piece in the collection) a version with (as Duval says) "fairly acrobatic variations", perhaps to show his musical superiority over Malouin[1].

Back to Joys of Québec