Back to Lady Carmichael of Castle Craig 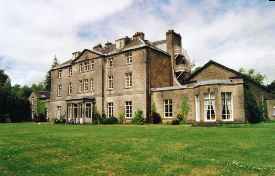 LADY CARMICHAEL (OF CASTLE CRAIG). AKA and see "Carmichael's," "Lady Carmichael." Scottish, Strathspey or Schottische. C Major (Athole, Gow): D Major (Kerr, McLachlan). Standard tuning (fiddle). AAB. Composed by John Gow (1764–1826), the youngest son of Niel Gow of Inver, near Dunkeld, Perthshire, who was named for Niel's father, John, a plaid weaver. John went to London in 1788 and established a publishing and music-selling firm with his brother Andrew. They were the English distributor for Nathaniel Gow's publications. William Shepherd, a musician and music seller in Edinburgh, became Nathaniel Gow's partner in publishing and music selling in 1797, and c. 1803 published his own Second Collection with the firm, dedicating it to Lady Carmichael of Castle Brant. Lady Carmichael, in Gow's time, was Janet Grant, the eldest daughter of William Grant, Lord Prestongrange, Lord Advocate of Scotland in the very middle of the 18th century. She married John Carmichael Esq. (1710–1787) of Castle Craig in 1749. Carmichael succeeded his cousin to an earldom and was installed as the 4th Earl of Hyndford in 1767, making Janet the Countess of Hyndford. The couple remained childless, and, after John died, Janet (then the "Dowager Countess of Hyndford") continued to live in her childhood home of Prestongrange which she and her husband had inherited from her father. She died in 1818.

Back to Lady Carmichael of Castle Craig

Retrieved from "https://tunearch.org/w/index.php?title=Annotation:Lady_Carmichael_of_Castle_Craig&oldid=391347"
Cookies help us deliver our services. By using The Traditional Tune Archive services, you agree to our use of cookies.