Back to Lady Hamilton (1)

LADY HAMILTON [1]. American, Reel. USA; Western North Carolina, Eastern Tennessee. G Mixolydian. Standard tuning (fiddle). AB (Krassen): ABB (Phillips). Blanton Owen believes the tune was learned by North Carolina fiddler Manco Sneed [1] from J. Dedrick Harris (eastern Tenn.). Harris was a native of Tennessee who regularly fiddled with Bob Taylor when the latter ran for Governor of that state in the late 1800's. He moved to western North Carolina in the 1920's and greatly influenced a generation of young fiddlers there, including Manco Sneed, Bill Hensley, Osey Helton and Marcus Martin (1881-1974). The latter two also played "Lady Hamilton" and there are recordings of Martin's version circulating privately-Martin played the tune in G major fingering position, however, his fiddle was tuned a whole-step down so it sounds in F. The tune was considered a 'signature piece' of Sneed's. It was also in the repertoire of fiddler Tommy Magness (1911–1972), born in north Georgia near the southeastern Tennessee border. There is a light resemblance to the Irish reel "Eileen Curran's," notes Miles Krassen (1983). 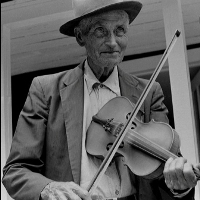 Back to Lady Hamilton (1)
Retrieved from "https://tunearch.org/w/index.php?title=Annotation:Lady_Hamilton_(1)&oldid=357226"