Find traditional instrumental music
This is the stable version, checked on 3 June 2019.
Jump to: navigation, search

Back to Lady Hope of Pinkie

LADY HOPE OF PINKIE. Scottish, Strathspey. B Flat Major. Standard tuning (fiddle). AB. Composed by Nathaniel Gow (1763-1807). Pinkie House is located in Musselburgh, East Lothian, Scotland. It is a mansion built around a three-story tower, and has been renovated and added to several times since the 16th century. 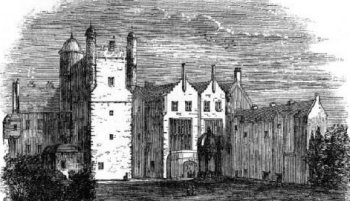 Lady Hope at the time of the Gow's Sixth Collection (1822) was Anne (1788-1867), 4th and youngest daughter of Sir John Wedderburn of Blackness and Ballindean, Bart., who married Sir John Hope (1781-1858) of Craighall co. Fife, and Pinkie, 11th Bart., in 1805. He was an MP for Edinburgh for eight years and an excellent horseman (his father, Alexander, had been head of the Caledonian Hunt). The couple had two daughters and eight sons. The Hope family came late to Pinkie House, acquiring it from the Hay family in 1778. See also William Shepherd's "Miss Hope of Pinkie House’s Strathspey" for more notes.

Back to Lady Hope of Pinkie