Light of Other Days (The)

Find traditional instrumental music
This is the stable version, checked on 9 April 2022.
Jump to: navigation, search

Back to Light of Other Days (The)

LIGHT OF OTHER DAYS, THE (Solus na alloide). Irish, Slow Air (4/4 time). B Flat Major (O'Neill): D Major (Clarke): C Major (Rook). Standard tuning (fiddle). ABC. A composition by Irish composer, violinist and singer Michael William Balfe (1808-1870). Balfe wrote thirty-eight operas, of which The Bohemian Girl (1843) is perhaps the best-known, and the only one still occasionally performed. He was also a friend of R.M. Leavy (who issued two important collections of Irish music, beginning in 1855). O'Neill was criticized in some traditional circles for his inclusion of some of Balfe's compositions in his Music of Ireland, as it was thought by some that "Balfe's music...was not Irish at all, even if he was" (O'Neill, 1913), but O'Neill valued Balfe's work and was pleased to include some of his compositions. 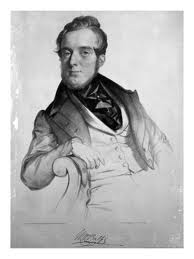 Back to Light of Other Days (The)